Canada is not known for its news, but Americans are well-known for their newscast because it is entertaining, especially Trump in the office every tweet Makes nightly newscast,

Canadian Newspapers are still surviving in the digital age and staying strong because the news keeps happening every day; you should definitely consider reading the following Canadian newspapers.

theprovince.com
Publisher: Postmedia
The Province has been a daily newspaper published in British Columbia since 1898.

financialpost.com
Publisher: Postmedia
First published in 1907, the Financial Post was folded into the National Post in 1998, where it continues to cover Canadian and International business news and developments.

calgaryherald.com
Publisher: Postmedia Network
The Calgary Herald is a daily newspaper published in Calgary, Alberta, Canada. Publication began in 1883 as The Calgary Herald, Mining and Ranche Advocate, and General Advertiser.

5. The Globe and Mail

journaldemontreal.com
Publisher: Quebecor Media
Le Journal de Montreal is a daily tabloid newspaper published in Montreal. It is the largest circulating newspaper in Quebec and the highest-circulating French-language daily newspaper in North America.

lapresse.ca
Publisher: Power Corp
La Presse is a French-language online-only newspaper published in Quebec. It is owned by Square Victoria Communications Group, a member of the Power Corporation group of companies.

thestar.com
Publisher: Torstar
Toronto Star is Canada’s largest daily print newspaper, with the largest readership in the country. It is published seven days a week in the Greater Toronto Area.

The Richest People In Canada 2018

The Highest Paying Jobs In Demand 2017

The 10 Worst Careers for Your Stress Level

Why Taking Online Classes Is Good

How To Do A Self Breast Exam Correctly 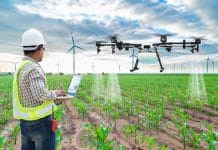