Pollution, of all kinds, can have a real impact on the health and well-being of everyday people. According to the World Health Organization (WHO), 9 out of 10 people around the world breathe polluted air. We seem to just accept it now as part of life.

Furthermore, WHO estimates that about 7 million people die every year from exposure to fine particles in polluted air that penetrate deep into the lungs and cardiovascular system, causing diseases like stroke, heart disease, lung cancer, chronic obstructive pulmonary diseases and respiratory infections, including pneumonia.

The World Health Organization’s (WHO) latest study on the most polluted places on the planet is out, and it’s damning for one country in particular. Of the 10 most polluted cities in the world, nine are in India.

Whittled down from the WHO’s study of over 4,000 cities in 100 countries, University Magazine. takes a look at the 10 most polluted cities in the world based on a comparison of the average amount of PM2.5 — a particle considered so small that it can enter the lungs and cause serious health problems.

This city can become extremely hot and humid in the summer, reaching average temperatures of 104 Fahrenheit. Its PM2.5 average is 120.

No other monument springs to mind quicker than the Taj Mahal. Yet the city, in India’s Uttar Pradesh state, is falling behind rapidly. Polluting cooking fuels as well as cars contribute to the poor air quality. Agra’s average PM2.5 level is 131.

Unlike India’s smog-filled cities, this Cameroonian city’s air quality is compounded by extensive deforestation. It recorded an average of 132.

Famed for its Mughal architecture and colonial-era buildings, Lucknow’s parks aren’t enough to keep it out of the top 10. Lucknow recorded a PM2.5 average of 138.

Formerly the world’s most polluted city, Delhi has partially cleaned up its act but still averages PM2.5 levels of 143.

A sprawling ancient city on the banks of the Ganges, Patna is noisy and congested city and is used as a transport hub. It recorded 144 micrograms of PM 2.5.

Another holy city with a myriad of both Hindu and Buddhist temples. Gaya notched 149 micrograms per cubic meter.

Home to the Ganges river, Varanasi is India’s spiritual home. Hindu pilgrims bathe in the river, but there is increasing concern that the air quality in the holy city has reached a crisis point. The city recorded 151 micrograms per cubic meter of the most dangerous particles.

The largest and most populous city in the state of Haryana, Faridabad borders India’s capital New Delhi. Heavy traffic is just one factor that contributes to its annual average of 172 micrograms per cubic meter of PM2.5.

The city of Kanpur in northern India has an annual PM2.5 level of 173 micrograms per cubic meter, far higher than the WHO’s recommendation of no more than 10 mcg per cubic meter.

Why Nobody Wants To Be A Police Officer in America

Why Education is The Biggest Equalizer

Most Affordable Cities In Canada For Students 2018

The Best Law School In Canada 2019 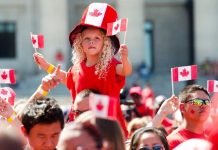 Countries That Eat The Most Meat In The World 2019

How To Protect Yourself In a Data Breach: Capital One Data...