Canada is the greatest country in the world welcoming millions of people from every nation with open hands since we are build on immigrants it doesn’t matter whether your black, or white, we are all proud Canadians on this Canada day When Canada turn 152 years old on July 1st.

As seventh generation Canadian I am very grateful to my great great great grandparents who immigrated from England to Canada over 76 years ago, giving their kids and my parent’s parents the great opportunities in Canada such as educations, health Care and career, as well as the freedom to live and own your own properties anywhere in Canada.

10.The Charter of Rights and Freedoms / The Constitution Act

Emerging from the human rights movement that followed WWII, The Charter of Rights and Freedoms was created and signed into law in 1982. If you forget what you learned about it in your high school history class, here’s the deal.

The Charter ensures the rights and freedoms of every individual and paved the way for Canadians to build a nation that protects our multicultural heritage and a constant striving for equality on every front. If you haven’t, it really is an incredible document and worth.

In many ways, Canada has been a global leader in areas of human rights. On July 2005, we became the first country outside of Europe (and fourth in the world) to legalize same-sex marriage nationwide.

In 2002, after the first Canadian soldiers were killed in Afghanistan, the fallen soldiers were driven down a stretch of Ontario’s Highway 401 running from Trenton to Toronto. Thousands lined the overpasses in a grassroots movement to show respect to the soldiers and their families.

Since then, the section has been officially renamed the Highway of Heroes in honour and remembrance of Canada’s fallen soldiers. There is also a project to plant 117,000 trees along the highway, one for every Canadian soldier who has lost their lives in the wars since Confederation.

7.The invention of peanut butter

A big thank you goes out to Marcellus Gilmore Edson for the invention of this delicious substance in 1884. You’re the welcome world.

6.The Battle of Vimy Ridge

Often credited as the birthplace of Canadian pride and identity, the Battle of Vimy Ridge in the First World War still stands as Canada’s most celebrated military victory. All four divisions of the Canadian Corps came together for a four-day attack on Vimy Ridge in France, ending with the capture of the German army.

More than 10,500 Canadian soldiers lost their lives or were injured in the assault, and today a white memorial sits on top of the ridge in memory and honour of their sacrifice.

In 2016 we followed through on the promise to resettle 77,000 Syrian refugees within our borders and provide a chance for a new life. That number has since risen to 40,081 as of the end of January this year, and the #WelcomeToCanada hashtag is a beautiful glimpse into the movement.

Canada is home to people from all over the world of different ethnicities and heritages, and that’s something to be proud of! Having an established culture that is a diverse mosaic rather than a singular melting pot is wonderful, and it makes our nation that much more unique.

It’s a pretty well-known fact that Canadians are famous for being polite. If we’re not holding a door open for someone or sharing a friendly smile, we’re probably apologizing several times for something that wasn’t even our fault.

But to be known for being overly polite certainly isn’t the worst thing; in fact, we think it should be a point of pride. Better polite than rude, eh?

2. We are Home to Tim Hortons

Last but certainly not least, you can be proud to be Canadian because we are home to Timmies. There’s nothing quite like a good cup of coffee and a Timbit to get you through the morning, and with a Timmies on almost every corner, you’re always covered.

Ever watch an episode of Grey’s and get sad when a family can’t afford the medical bills? That does not happen to Canadain beacuse of Canada Health Act 1984 which guarantee free healthcare to all Canadians under the provincials Health Care Insurance Plan.

Canada ranked First In Where The World Wants To Move

The Cheapest Cities In Canada 2020

The Cost of High School In Canada

Cities With Best Hospitals In Canada 2019

Aromatherapy Scents To Boost Your Productivity 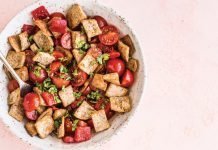 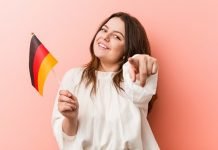