Google is a technology giant and the most valuable company behind Apple; every graduate student wants to work for the best companies because technology is the future.

Google takes care of its employees. In exchange, the employees take care of the business and go beyond and above expectations to deliver fresh idea’s to the table so Google can continue to dominate technology industries.

University Magazine researched to find the top 10 schools with the most alumni at Google, and other data are gathered from Business Insider, Top Universities, US News.

Stanford University is a private research school in Stanford, California, adjacent to Palo Alto, San Jose, and San Francisco. Its 8,180-acre campus is one of the Largest in the United States.

According to the top Universities, Us News, Stanford’s computer science program is ranked number globally, but it shares number one spot with MIT CMU.

University of California, Berkeley is Computer Sciences offers one of the field’s most influential research and instructional programs globally.
Because the programs have been regularly ranked in the top nationwide by those who list academic programs

The Massachusetts Institute of Technology is a private research university in Cambridge, Massachusetts, often cited as one of the world’s most esteemed universities.

The University of Michigan, frequently referred to simply as “Michigan,” is a public research university in Ann Arbor, Michigan, United States.

The University of Washington commonly referred to as simply Washington, “U-Dub, ” is a public research university whose largest and original campus is in Seattle, Washington, United States.

Harvard University is a private Ivy League research university in Cambridge, Massachusetts, established in 1636, whose history, influence, and wealth have made it one of the world’s most prestigious universities. 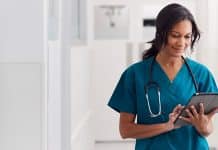