Breathing. Eating. Sleeping. These are the necessities of life that humans need to sustain a healthy (not to mention living) existence.  Fact: Sleep is just as important as diet and exercise. (The National Sleep Foundation)

This isn’t a secret by any means. We can actually feel when we lack sleep. So, why do so many of us skimp on one of our most basic needs?

Fact: Man is the only mammal that willingly delays sleep. (The National Sleep Foundation)

Sure, we’re busy. We have a lot on our plates. But, wouldn’t we be able to tackle that much more of said-plates if we had an adequate night’s sleep every night? Science says yes.

Generally, doctors recommend anywhere from seven to nine hours to qualify as a healthy night’s rest for most healthy adults. However, that number varies as some individuals may need as little as six hours or up to ten hours to function without sleeplessness or drowsiness.

Scientific studies within the past ten years focusing on sleep and the lack thereof have helped us learn more than ever before about how the amount of sleep we get can affect our bodies in all sorts of positive and negative ways.

Using statistics backed by a Penn State study, Time Magazine reported that short sleep (or even unusually long sleepers) die younger than those who get average amounts of sleep.

In fact, the study found that “insomniac men who slept less than 6 hours per day were four times more likely to die than those who got a full night’s rest. The study even adjusted for other medical conditions that affect sleep (and death rates), such as obesity, alcohol and depression. Of note, sleep deprivation did not affect women’s mortality,” according to the Time Magazine article.

Although, Health.com reports that, according to a 2010 study, “women ages 50 to 79, more deaths occurred in women who got less than five hours or more than six and a half hours of sleep per night.”

As a student, perhaps restructuring your entire sleep schedule isn’t always a feasible option at this point.

A research study at the University of Pennsylvania examined the effects of sleep restriction on weight gain, daily caloric intake and meal timing.

In short, the study determined that the restriction of sleep promotes weight gain.

As the study stated, “Chronically sleep-restricted adults with late bedtimes may be more susceptible to weight gain due to greater daily caloric intake and the consumption of calories during late-night hours.”

Other University of Pennsylvania research studies published between 1996-2011 found, over several studies, that fewer than six hours of sleep per night is potentially linked to the provoking of hormonal changes in one’s body, which are linked to obesity.

These changes include an increase in a hunger-stimulating hormone called ghrelin, an increase in insulin sensitivity – which is a risk factor for diabetes – and decreases in leptin, a hormone that is necessary for energy, balance and food intake – all of which impacts the body’s ability for proper weight regulation.

The National Sleep Foundation also reports that “people who don’t get enough sleep are more likely to have bigger appetites because their leptin levels (leptin is an appetite-regulating hormone) fall, promoting appetite increase.”

That means you may think you have a big appetite, but underlying hormonal factors are causing it. So, the more you sleep, it seems, the easier it may be to maintain a healthy weight. Who knew?

8. Beautify and/or Slow Down the Aging Process

A lack of sleep can enhance dark circles, puffy eyes and releases a stress hormone called cortisol, which can eventually break down skin collagen, which is a protein that keeps skin looking smooth and elastic. The best way to avoid any of this from happening? You guessed it. Sleeping.

Sleep experts also say that “during deep sleep, growth hormones are released, which helps in increasing our muscle mass, thickens our skin and strengthens our bones as we grow old and promotes our growth when we were young,” according to an article on Before It’s News.

And that amazing protein, collagen? You know, the one that keeps skin looking young? Scientists have found that collagen’s formation depends on a sequence of biochemical events during a night of restful, deep sleep.

We may not all be professional athletes, nor will we ever become them. But, just knowing that your body can have increased athletic ability with a little more shut-eye? That’s worth listening to.

In November 2014, Stanford researcher Cheri D. Mah set out to answer the question, “If an athlete gets more sleep than his or her competitors, will that lead to an edge?” Interestingly enough, until Mah, no researcher had ever set out to do a study to see if increased sleep would impact competitive athletes’ performance.

Mah begins working with the Cardinal men’s basketball team, tracking the players’ regular schedules – sleeping an average of 6.5 hours a night. She also followed their everyday athletic performances in different categories on their traditional programs.

“By the end of the extra-sleep period, players had improved their free throw shooting by 11.4 percent and their three-point shooting by 13.7 percent. There was an improvement of 0.7 seconds on the 282-foot sprint drill—every single player on the team was quicker than before the study had started. A 13-percent performance enhancement is the sort of gain that one associates with drugs or years of training—not simply making sure to get tons of sleep.”

As a result, the research findings strongly suggest that most athletes – professional or otherwise – would perform much better with more sleep.

6. Reduce Your Risk of Depression

According to the Academy of Sleep Medicine and countless other research studies, significant links between lack of sleep and risk for major depression.

And that’s not all – the duration and timing of your sleep schedules can also become associated with your thoughts, whether positive or negative, according to a 2014 Cognitive Therapy and Research Study.

The study reveals that “higher levels of repetitive negative thinking (RNT; a perseverative and abstract focus on negative aspects of one’s experience) are associated with reduced sleep duration.” Translation: you sleepless; you’re more likely to focus on the negative.

“These findings suggest that RNT may be uniquely related to both sleep duration and timing.” Translation: You go to bed late and don’t sleep for very long; you’re especially linked to the risk factors.

WebMD detailed a study where researchers put to sleep to the test by monitoring people’s sleep habits and then exposing them to a cold virus.

Results from the study found that “the risk of an extended absence from work due to sickness rose sharply among those who reported sleeping less than 6 hours or more than 9 hours per night.”

Adversely, the researchers reported findings that supported “insomnia-related symptoms, early morning awakenings, feeling more tired than others, and using sleeping pills also were consistently associated with a significant increase in workdays lost due to sickness.”

4. Clear Your Mind (Quite Literally)

According to A National Institutes of Health study released in 2013, a good night’s rest allows the brain to flush out toxins during sleep. Other studies have linked such toxins to neurodegenerative disorders, such as Alzheimer’s disease.

When studied, the toxins disappeared faster when asleep than when awake, suggesting that toxins are released during the sleep cycle. This find absolutely highlights the importance of sleep in maintaining a healthy body – as the body must perform significant bodily functions, clearing out brain toxicity, just being named as one example.

A 2014 research study found that sleep can help improve one’s memory. It’s no secret that your mind functions best on a good night’s rest. But, as you sleep, your mind also allows you to review and recap what you’ve learned to retain it for the future better.
So, whether you’re trying to memorize for an exam or would like to remember a great experience for years to come, sleep is on your side.

According to researchers at both Harvard University and Boston College, during sleep, “people seem to strengthen the emotional components of a memory during sleep, which may help spur the creative process,” as reported on Health.com.

So, before you embark on a creative project, refresh with a full night’s rest. Perhaps your next project could be the next breakthrough in artistic vision – it may be all you need to discover your potential Picasso.

Researchers at Ghent University and KU Leuven took a surveyed 621 students about the quality of their sleep. The study found that “students who increased their night’s sleep from six to seven hours were rewarded with an average increase of 1.7 points (on a scale of 20) for each exam. Of course, it goes without saying that the optimal sleep time varies for each individual.”

In a nutshell? “All else equal, students who generally got a good night’s sleep performed better on exams,” says Dr. Stijn Baert (Ghent University).

Top 10 Shows To Watch ON Netflix

The Best Hospitals In America 2020 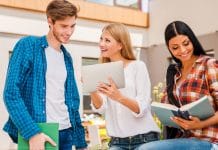 How To Survive Living On Campus 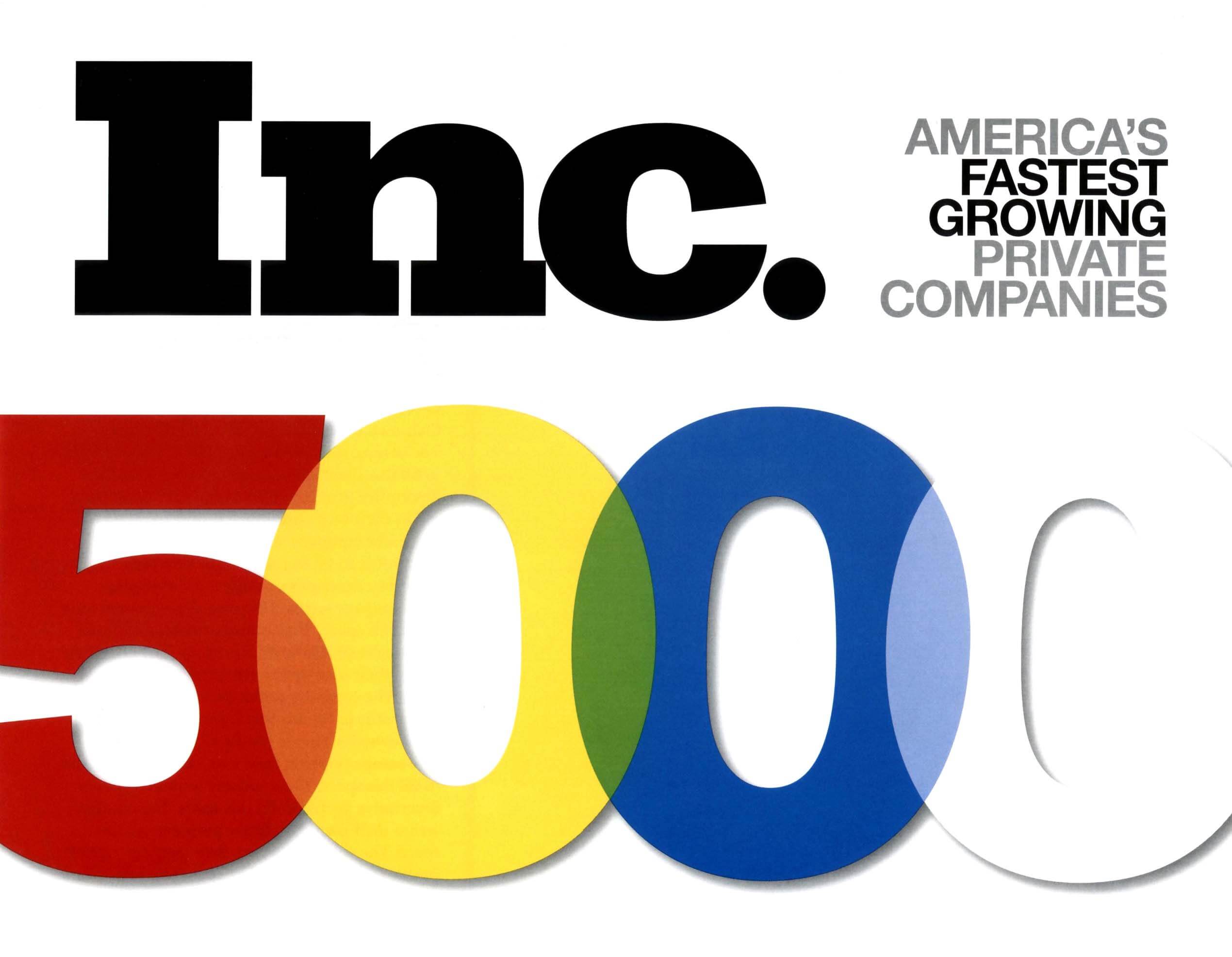 How to Become a Web Developer

Why You May Want to Weigh Yourself Every Day