We all heard that we need a degree in any field to be successful from our Parents, Teachers, High School Guidance Counselor, but getting a degree in certain majors/ professions are very risky because you will be stuck with debt and unemployment after graduation which is every student’s nightmare.

When picking your degrees make sure you considered every factor such as Career, Growth, Unemployment, Debts. So that you are not stuck with The Most Useless University Degrees

Here is The Most Useless University Degrees 2018

Budding chefs may previously have thought that culinary college is a no-brainer, but recent statistics actually suggest otherwise. With tuition costs rising out of line with wages, the returns of an expensive degree simply aren’t there anymore – and neither is the requirement, with graduate chefs making just 2%-11% more than their school leaver counterparts.

This is because although some restauranteurs view culinary college as an indispensable career step, most are of the persuasion that academic credentials are inferior to raw talent and experience; therefore, your time and money may be better spent in a kitchen rather than the classroom.

On the surface, a degree in fashion design isn’t necessarily a lost cause; indeed, in an industry where who you know is just as important as what you know, the chance to build a network of contacts within the industry is actually quite useful.

The primary issue is that similar to many design-based subjects, it requires an innate artistic ability and a strong aptitude for creativity – things that no school in the world can teach. When you consider that competition for jobs in the fashion industry is notoriously fierce, with demand heavily outweighing supply, developing a strong portfolio and a robust personality may well be a more fruitful use of your efforts.

Art history is something of an easy target on lists like this, but there is a compelling reason for it: it’s a high niche subject that, unfortunately, isn’t translatable unless you want to pursue fleeting and increasingly insecure academic or curatorial roles.

Which would be fine, of course, except when you’re paying upwards of $50,000 (£35,300) to distinguish your Monet from your Manet, you need some kind of verifiable return. Unfortunately, this often presents itself as a choice between working at Starbucks to pay back those loans or starting afresh in a different field – complete with the extra debt that comes with it.

Ask any successful musician how they made it in the music industry and they are likely to attribute their success to a wide combination of factors: luck, hard work, stage experience and, of course, those fabled 10,000 hours of practice. The one thing they won’t have relied on is an expensive music degree.

Of course, there are exceptions. Classical musicians, in particular, require theory-heavy tuition. But unless you’ve been offered a place in one of the most prestigious performance schools in the world, such as Juilliard, Thornton or Berklee, you’ll be more likely to end up teaching music than performing it for a living. You may want to spend the money on equipment – or an alternative student experience – instead.

Psychology is a hugely popular degree choice these days. As awareness of mental health issues becomes more mainstream, increasing numbers of potential students are understandably drawn to the fascinating prospect of understanding the human mind. Unfortunately, when you are one of hundreds of thousands of people with the same degree, the chances of you landing a role in the field are slim to none.

Ultimately, a doctorate is the minimum academic level you’d need to reach to have any realistic hope of pursuing a relevant career, let alone interacting with patients. Therefore, in such a saturated market, undergraduates have to get creative; for example, you could sell your understanding of human behavior to potential employers in order to try and obtain a marketing position.

For most psychology graduates, though, the best option is to retrain. Many opt for nursing with the intention of specializing in mental health or even head to medical school to train as a psychiatrist. Either way, consider your career options carefully before you apply, as it will likely be a lot quicker – and cheaper – to reach your goals elsewhere.

Communications is a strangely vague degree, in that it is applicable to almost any form of media, visual arts or broadcasting; yet at the same time, it is not focused enough to be of any real use. It doesn’t particularly help that a lot of media forms are dying out, either, with the traditional face of journalism and reporting changing rapidly with the advent of social media.

As a result, communications are often seen as the go-to course for those who are unsure of what it is they actually want to do. While this may be a tongue-in-cheek generalization, it is certainly true that becoming an effective communicator does not require four expensive years at university and your time could undoubtedly be better spent.

Although liberal arts may be the go-to punch bag for all those ‘dumbest degree’ barbs, this might be a little unfair; after all, it encourages the development of critical thinking and other various soft skills that a university education is supposed to arm you with.

The problem is that’s all it does. In a STEM-driven economy, fewer than 2% of employers are actively looking to recruit liberal arts graduates as a result of their lack of vocational skills or work experience. Unless you’re willing to rack up even more debt chasing additional qualifications in order to bridge the gap, you’re unlikely to find much return on your investment. After all, all college degrees develop cognitive skills – you might as well pursue one with job prospects at the end of it.

Arguably, the idea of studying studio arts is not necessarily stupid, as no painter, sculptor or performer has ever gone out into the world expecting to get rich (the term ‘starving artist’ wasn’t coined by accident, after all). What is silly, however, is spending upwards of $50,000 to pursue something that you can do in your parents’ basement, and in which your success is totally dependent upon the subjective opinion and taste of others.

It might be a far more practical idea to freelance your creative talents on top of a more secure income source; photographing weddings might not be your cup of tea, for instance, but it will pay the bills while you work on developing a more creative portfolio. You could even turn your artistic talents into a viable business further down the line.

Many budding actors take the plunge into drama school, but like many professions on this list, the key ingredient to success isn’t taught in any course curriculum: talent. Although some famous actors have followed this path, many haven’t – the only constant is that an expensive college degree is not a requirement to be able to act, sing or dance.

Instead, the best way to break into such a notoriously ruthless industry is by constantly attending auditions, learning to develop a thick skin and volunteering on film and theatre sets in the hope of making a few contacts. While the 1% may earn the big bucks, the harsh reality is that acting is a poorly paid, unrewarding job; an existence tough enough as it is, without the additional burden of crippling debt.

At first glance, the study of either anthropology or archaeology are both attractive propositions; they develop sought-after cognitive and analytical skills, are both genuinely interesting subjects and, well, who’s never pretended to be Indiana Jones?

The only slight hitch is that neither offers a realistic career path. Indeed, to achieve anything within either field requires at least a doctorate, and even then – with all that debt, time and effort – there is no guarantee of a viable career. Unless your sole intention is simply to satisfy your own personal interest in the subject, then it is highly unlikely that you will ever find a practical use for your degree.

Unfortunately, there’s a reason the only archaeologists you know are fictional – in the real world, they are simply too few and far between. 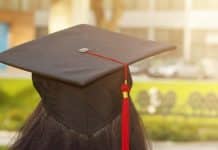