Every year on the first of April you’ll see coffee cups glued to car roofs and Facebook statuses claiming surprise marriages. But don’t we deserve a better class of jokester?

Is it too much to ask for a little thought and effort? Consider these legendary pranks by college kids as inspiration and be like them.

College dorm life is arguably the best and worst time in your life. Sure, there may be the occasional cockroach,
It doesn’t matter that you’re not drunk, responsibility-free, and reckless. If you want it badly enough, you can make fools of us all.

Collegehumor staffers Amir Blumenfeld and Streeter Seidell authored a string of hilarious back-and-forth pranks on each other from 2006 to 2009. Streeter kicked things off by tricking Amir into listening to the audio of Streeter getting down with his girlfriend.

One of the best moments came a few rounds later, when Streeter publicly humiliated Amir at a Maryland basketball game by enlisting the crowd to make Amir briefly think he’d made a half-court shot for $500,000. The poor fool celebrated like an idiot — then he saw Streeter.

It’s a little tame by today’s standards, but this one’s in the pantheon of legendary college pranks. At the 1961 Rose Bowl game, Minnesota squared off against Washington in front of 100,000 stadium fans and millions more watching NBC’s broadcast of the game.

At halftime, they were treated to the surprise of a carefully choreographed flip-card show that concluded with Washington students unwittingly displaying signs that formed the word “CALTECH.” Angered over their continued exclusion from the Rose Bowl proceedings, Caltech students had spent weeks creating 2,232 replacement flip cards.

Imitation, as they say, is the sincerest form of flattery. In a 2004 homage to Caltech, Yale students donned red t-shirts and hit the Harvard-Yale game as the “Harvard Pep Squad.” Not content to simply trick Harvard fans into holding up a “Yale” sign, the pranksters handed out red and white signs that formed a giant “We Suck” over the Crimson faithful. In the hilarious video, a Harvard guy nearly blows their cover, and a sweet old Harvard mom asks, “It’s not going to say something like ‘Yale sucks’ is it?”

4. CLAP IF YOU THINK HE’S GUILTY

The NoZe Brotherhood is an underground society at Baylor University, whose members wear Groucho glasses to disguise their identities. One of their funniest moments came in 1973 at the yearly Homecoming Parade. The Grand Marshall was Baylor alum Leon Jaworski, who only days before had been made the prosecutor in the investigation of President Nixon and Watergate.

As Jaworski rolled down the street waving to hundreds of applauding spectators, a NoZe brother followed behind him in trademark wig, glasses, and trench coat with a sign that read (referring to Nixon), “Clap if you think he’s guilty.”

The Most Spoken Languages In The World 2020

Most Expensive Degree In The World 2019

5 Reasons to Quit Your Caffeine Habit 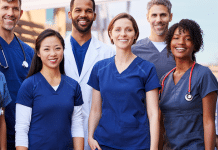