Trail mixes are the favourite snack amongst everyone because they’ve considered the healthiest foods. After all, it has nuts and fruits technically fall under the healthy foods groups.

However, if you are going shopping for a healthy snack that would satisfy you, you might struggle to find a trail mix that includes all the health benefits without bringing along added sugars, saturated fat, and artificial ingredients galore.

Why not learn how to make your own healthy Trail mixes at home and combine your favourite fruits, nuts, and candy

This snack option, a combination of raisins, peanuts, almonds, cashews, and M&Ms, seems relatively healthy at a glance. It has a high nut-to-chocolate ratio, which contains some healthy fat and a little protein.

Unfortunately, one serving has 2 grams of saturated fat — as much as eating three Oreo cookies. Something with the fat content of cookies, at only three tablespoons per serving, isn’t the best choice for a light snack.

While almonds and peanuts can serve as a healthy addition to any snack, Planters’ peanut butter and chocolate offering also include peanut butter candy pieces. These candies contain artificial ingredients, such as yellow five dye, which is also used to make Doritos chips.

So what’s the issue? Food colourings like yellow colour have high levels of cancer-causing chemicals that are especially dangerous for children to consume. In general, the fewer artificial additives food has, the safer it is to eat.

Bringing along your favourite campfire snack sounds like a great idea! That is until you realize this collection of mini marshmallows, graham crackers, milk chocolate pieces, and nuts is filled with about as many grams of added sugars in one package as a serving of Pixie Stix candies.

Sugars added during heavy food processing can hide on ingredient lists under various pseudonyms, to corn syrup, cane juice, glucose, even honey. In the end, though, it’s still processed sugar, though it doesn’t taste anything like a Pixie Stix.

There’s nothing wrong with reaching for a snack that satisfies your craving for something salty. There are much better options out there than this brand, however. It has a third of the recommended amount of daily sodium in one package.

By the time you start searching for an afternoon snack, you may have already reached your allotted amount of sodium for the day. In the short term, too much sodium can make you feel thirsty. And since it’s often hard to differentiate between thirst and hunger, you might then be prompted to eat more later on than you need to. So much for cutting calories with a quick afternoon snack.

Have you ever wondered why you can eat massive amounts of potato chips without ever feeling full? It’s because snack foods high in calories but low in nutritional value often lack significant amounts of fibre and protein.

These two ingredients together help send signals to your brain, telling your body it feels full. If you’re looking for a filling snack, this brand of trail mix just won’t cut it. It has small amounts of protein and fibre and plenty of sugar, but that won’t fill you up before you’ve eaten multiple servings in one sitting. 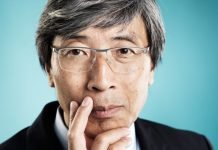 Jobs That Could Make You a Billionaire

How to Become a Web Developer

The Most Expensive Restaurants