Food, not caffeine or sugar, is your body’s fuel for long-lasting energy. These top energy-boosting foods and drinks will help you fight fatigue and keep you alert and energized throughout the day. Instead of reaching for a dangerous energy drink or soda, try one of the following eight energy-boosting foods.

Many people feel tired or run-down at some point during the day. A lack of energy could affect your daily activities and make you less productive.

The fact is that the type and quantity of food you eat play an essential role in determining your energy levels during the day. Even though all foods give you energy, some foods contain nutrients that could increase your energy levels and maintain your alertness and focus throughout the day.

Fish is loaded with omega-3 fatty acids, the healthy fat that helps you fight fatigue (and chronic illness). The fish highest in omega-3 content include:

While all of these seafood varieties contain omega-3s, it is important to know where the fish came from. That is, before you chow down on a seafood platter, learn whether the fish is wild or farm-raised. Farm-raised fish contain less omega-3s than wild fish.

Also, farm-raised fish are often injected with hormones or dyes. So, if you’re looking for the best energy-boosting foods, go with wild fish.

Nuts are rich in protein, which stabilizes blood sugar levels. Having fluctuating blood sugar is often the cause of feeling lethargic after lunch. So, eating protein at lunch (instead of sugar or junk foods) can prevent afternoon fatigue.

Additionally, nuts such as walnuts and almonds are high in magnesium and omega-3 fatty acids, which leads to the final delicacy on our list of energy-boosting foods.

Digestive issues are another major cause of fatigue. And, yogurt is one of the best foods you can eat to improve digestion. You can take all the vitamin and mineral supplements in the world, but if you are not properly digesting and absorbing these nutrients, it will all be for naught.

So, how does yogurt fight fatigue? Yogurt is full of vitamin B12 and probiotics—beneficial bacteria that help strengthen immunity and aid digestion by balancing normal flora bacteria in the gut. Because yogurt aids improve intestinal health, the B12 vitamins it contains get absorbed more rapidly by the body, making it great for a quick energy boost.

Spinach is a very nutrient-dense food. Most importantly, spinach is loaded with iron and B vitamins which are key ingredients for feeling more energized! And, it too contains a good supply of chlorophyll. To get out of an afternoon slump, try eating a spinach salad for lunch or add it to your favourite smoothie.

Since dehydration is the sole reason many people experience fatigue, it makes sense this can be reversed easily by simply drinking more water throughout the day. Unfortunately, many people don’t drink water at all during the day.

Instead, they drink soda, energy drinks, and coffee, all of which can cause even further dehydration. Ideally, it would help if you consumed half your body weight in ounces of water per day.

For example, a person weighing 140 pounds should consume 70 ounces of water per day. Your water source is important too. Tap water and even some bottled waters contain many impurities include chlorine and fluoride. So you should use home some form of reverse osmosis filtering or distilled water and take it with you as you head to work or play.

The nutrients found in bananas include B vitamins, vitamin C, fibre, and omega-3 and omega-6 fatty acids. But, bananas best fight fatigue due to the number of electrolytes: potassium, magnesium, sodium, calcium, and phosphorus.

Your body needs the right balance of electrolytes to function properly. Why? The body is about 70 percent water, and small fluctuations in that percentage can be felt quickly. As water levels decline, so do the electrolytes’ levels needed to keep the body functioning, such as sodium and potassium. This is when the body becomes dehydrated.

As dehydration progresses, the body has a harder time diffusing internal heat, and tension is created in muscles, joints, and organs. That tension often first manifests itself as fatigue. In fact, dehydration is one of the most under-recognized leading causes of fatigue.

Wheatgrass is a member of the Poaceae family, which includes a wide variety of wheat-like grasses. Wheatgrass is commonly found in temperate regions of Europe and the United States. It can be grown outdoors or indoors, and the roots and stems are used in herbal remedies.

Aside from the high chlorophyll content, there are various beneficial nutrients found in wheatgrass: vitamins A, C, E, beta-carotene, amino acids, calcium, and others. But for boosting energy levels, three nutrients stand out amount the others: B vitamins, especially B12, iron, and magnesium. If you’re worried about gluten, pure wheatgrass—just the grass with absolutely no seeds—does not contain gluten.

What’s a good alternative drink? Green tea may be the best because it contains vitamins A, B, C and E, and improves circulation and metabolism. Most varieties of green tea do have some caffeine but at levels that are a fraction of that of coffee, colas or energy drinks.

L-Theanine has been fairly well-researched and is believed to: 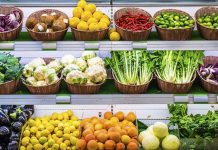 Good Gifts For Girlfriend That she Will Actually love

7 Student Tips to Save Money and Control Spending 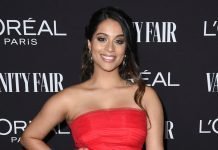 10 Canadians You Didn’t Realize Were Millionaires 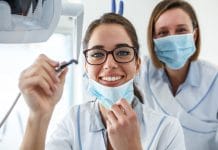 How to Become Dentist In the UK