There’s a reason so many of our personal goals center around our fitness and our finances. For the most part, we’d all like our wallets to be fatter, not our waistlines. The main problem is that losing weight and saving money can both take a healthy dose of determination. Who has time for all that effort?

Luckily, some tips can help you lose weight and meet your financial goals at the same time. Two birds, one stone strikes again. Some of these tricks will likely still take some determination or shift your mindset a little bit.

However, the payouts stand to be tremendous. “Eating and spending are very similar behavioural processes in that they both are about the competition between our desires and the consequences,” behavioural psychologist Matt Wallaert told Shape. “Psychologists often look at the lessons learned in one domain to apply them to others.”

The key here is to focus on whichever goal drives you more. Are you set on getting your budget under control? Use these tips, and you might happen to lose a few pounds along the way. Would you rather spend your mental energy whipping yourself into top-notch shape? These same methods will help you burn off the extra baggage, and you might save a few dollars in the process. No matter what, it’s a win-win.

Are you ready to move the surplus from your waistline to your wallet? Here are eight tricks to try.

It’s almost a cliche: Eating too many meals out can cost you an arm and a leg. But just because it’s a common way experts say you can save money doesn’t make it any less real. It can also cost you, calorie counts. One study found that people eat an average of 20 to 40% more calories when they eat at a restaurant than having dinner at home, Clark Howard reports.

Of course, how much you can save depends on how often you frequent your favourite restaurant or watering hole. But one New York Magazine article suggests it could be as much as $9 per meal per person. If you’re eating somewhere serving entrees that cost more than $15, the savings will be even higher as you cut back.

If you go out to eat, Doctor Sarah Wells suggests saving half of your dinner portion later. That way, you’ll cut down on your calories in a single meal, and you’ll also get two meals for the price of one. Portion sizes are notoriously oversized in restaurants, so you should have plenty to eat both times.

2. Grow your own garden

There’s nothing better than fresh produce, and growing your own can be one of the cheapest ways to eat healthier. Even if you can only grow lettuce, tomatoes, green beans, and cucumbers for a few months out of the year, make the most of that growing season.

According to the Wall Street Journal, one study found that Americans spend just an average of $70 per year on their garden but grow produce that’s worth an average of $600. The study was funded in part by the company that sells MiracleGro, but the basics are right: With a little elbow grease, you can grow vegetables that are much cheaper over the long haul than you’ll pay at the grocery store.

Regardless of whether you have a small plot or a garden that takes up your entire backyard, you’ll also gain the benefits of some exercise. WebMD estimates that you can burn 200-400 per hour just by pulling weeds or planting flowers. More labour-intensive projects, like mulching or digging out the garden in the first place, can burn even more.

The envelope system might seem a little rigid and too old-school in today’s digital world, but paying with cash can still reap savings rewards. Surprisingly, it can also affect which foods you buy in the grocery store. Love him or hate him, financial author Dave Ramsey is a huge proponent of paying for items with a cash-only budget. “Habits change in a hurry the first time you empty your food envelope a week before your next paycheck,” he writes on his website. “Seven days of tuna fish sandwiches may be the best overdraft protection there is.”

You might not start carrying envelopes around with you, but sticking a $100 bill in your wallet for groceries could be more efficient for your budget than paying with plastic. According to Shape, one 2010 Cornell study found that people were more likely to splurge on unhealthy items like chips and ice cream if they paid with credit versus cash. Those impulsive things add to your grocery bill and also mean extra junk food lying around the house.

Just say no. The motto that surrounds recreational drugs should also apply to America’s favourite sugar syrup. There’s a reason many cities are considering taxing soda — it’s linked to several diseases and health issues, including diabetes, heart disease, and obesity.

Soda isn’t incredibly expensive, but it’s definitely a lot more than the money you spend on water coming from your kitchen tap. A 24-pack of Coke costs around $10 from Amazon, likely a bit less with deals at your local grocery store. If you cross that off your list each week, you’re likely to save $500 or more — depending on how much soda you actually drink.

5. Portion out your snacks

If you’re going to read the nutrition labels, you might as well look at the serving size, too. And then attempt to follow it. This doesn’t mean actually counting out the chips, but pouring a handful into a cup will likely mean you eat less snack food than if you indulge straight from the bag. The same goes for digging into a pint of ice cream with a spoon instead of using a bowl.

“By rationing out your snack beforehand, you’re less likely to keep going back for ‘just one more handful,’” Registered Dietitian Joy Bauer wrote in a post for the Today show. She suggests putting one or two portions in a bowl and eating from there, not directly from your pantry. The upside for your wallet? That bag of chips or container of Rocky Road is likely to last much longer — meaning you’ll be buying less over time.

If you’re getting the most out of your membership, say no more. But if you skipped more Bootcamp classes than you actually showed up for, it’s time for a change.

Ditch the membership (which costs an average of $59, or more than $700 a year) and try other DIY techniques instead. Sign up for free apps, start a running schedule with a friend, or look up yoga videos on YouTube. Find a way to exercise that you actually enjoy, and research free (or cheap) ways to do that. The gym isn’t the only place to get lean.

With all those delicious veggies in your garden, why not have some plant-focused meals now and then? No, we’re not asking you to give up your steak completely. But as Wells points out, experimenting with beans and other alternative proteins can be an easy way to slim down while saving money. Dried beans, in particular, are extremely affordable and healthy, though the canned versions are still an option.

One study found that vegetarians can save $750 or more per year when they forgo meat. But you’ll start to see savings even if you only switch out a meal or two per week. In general, vegetarian meals will be more nutritious, especially if you’re following an eating plan or recipes that focus on vegetables and fruits. (I once had a floormate in college who “went vegan” and ate French fries all week. Guess what? No weight loss.)

Even the best intentions will get derailed if you’re not working toward something. Whether your goal is to slim down your waistline, beef up your bank account, or a combination of both, find a healthy way to track your progress. As you see yourself succeed, you’ll likely build on those original goals and continue to see growth.

The blogger at Instant Shift talks about the importance of goal setting and how to start on the right foot. Their advice is specifically for freelance workers, but the same principles apply to any goal you have.

Know your long-term goal (i.e. losing 15 pounds or having enough money to start saving for a down payment on a house). Then, break that up into tangible short-term goals, like trying an exercise app or making dinner at home two more nights a week. As you cross them off your list, you’ll likely start to see progress on both fronts. 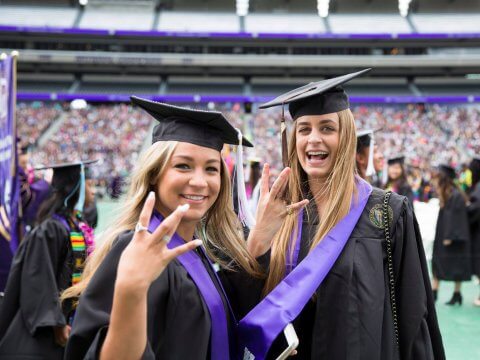 College or University – Which One Pays Off?

Childrens Crying out For Help In Syria

10 Fresh Foods You Should Never Store Together

What Makes Up a Credit Score ?

Volunteer Programs That Helps You Pay for College