CEOs aren’t going to disappear completely in the coming years, but there will be fewer of them. Those sitting at the top of the corporate food chain will face stiff competition for jobs, according to the BLS. Though the number of jobs for all executives is projected to increase by 6% (about the same rate of growth for all occupations), the number of chief executives is likely to decline, from 343,400 in 2014 to 339,400 in 2024, a loss of 4,100 jobs.

Employment in the nuclear energy industry is likely to decline in the coming years due to automation of existing nuclear plants and a shift to alternative energy sources, according to the BLS. However, there will be demand for nuclear engineers and technicians in medicine, waste management, and nuclear security.

Industrial production managers oversee operations as manufacturing plants. Given the long decline of America’s manufacturing economy, it’s hardly surprising that jobs managing plants are disappearing. The total number of industrial production managers is expected to shrink by 6,300 by 2024, going from 173,400 to 167,000. However, “reshoring” could reverse some of the downward trends, especially if President-Elect Trump succeeds in fulfilling his campaign promise of bringing manufacturing jobs back to the United States.

A man working on a laptop | iStock.comProjected decline: -8%

Employees with tech skills may be in high demand, but jobs for computer programmers are expected to decline by about 26,500 between 2014 and 2024. You can blame outsourcing for the fall, according to the BLS, since “computer programming can be done from anywhere in the world, so companies sometimes hire programmers in countries where wages are lower.”

A fall in computer programming jobs doesn’t mean there’s no demand for people who know how to code, though. Jobs for software developers will increase by 17% over the same period. Though some people use terms like a programmer, software developer, and software engineer interchangeably, they’re not the same. “A designer knows how to code and may have the technical skills needed to build essential products. A software engineer follows a systematic process of understanding requirements, working with stakeholders and developing a solution that fulfills their needs,” explained Siya Raj Purohit in a blog post for Udacity.

The median wage for insurance underwriters is a bit under $75,000 a year, though the top quarter of people working in this field earn more than $87,000 annually. Again, technological advancements are to blame for the shrinking number of jobs, as software makes it easier and faster to process insurance applications and more underwriting decisions can be made without human input. Roughly 11,700 underwriting jobs will disappear by 2024 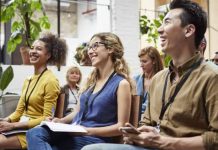 Friendly Competition on Social Media May Get You to the Gym

Jobs Lost In Canada Due to Coronavirus By Province So Far

How To Become An Epidemiologist

10 Countries That No Longer Exist and Has History 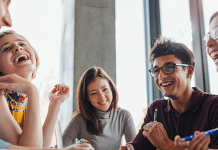 How To Recover From Exam Stress

The Highest Paying Jobs Without Degrees 2018