The following big athlete names might be walking away from their beloved sports for many reasons including the following; Age, Injuries, Not performing well, No contract renewal the list goes on, you should definitely keep an eye out,

This might be the most bitter ending to any of the careers discussed here. Technically, we may have seen the last of Anthony before 2019 arrives, primarily because there are serious questions as to whether any NBA team wants him. The league has passed Anthony by, and his disastrous stint in Houston proved that even one of the league’s best, most forward-thinking teams couldn’t figure out how to use him. Anthony may get one last shot somewhere, but it seems unlikely that his career will extend past 2019.

Brady’s stated desire is to play until he’s 45, but at his age, and given his level of accomplishment, another Super Bowl or a serious injury might change his mind and make him wonder whether continuing to subject himself to a rigorous physical regimen is worth it. The NFL is also changing, with run-pass option plays more and more in vogue, and one thing Brady can’t do is run, as he just cracked 1,000 yards rushing for his career. Provided he stays healthy, he’ll probably play past 2019, but at his age, you just never know.

Admittedly, Brees retiring after this or next season would qualify as a surprise, given his extraordinarily high level of play. But if the Saints win the Super Bowl, it wouldn’t be out of the question. Brees already has the all-time passing yardage mark, and another Super Bowl would get his name mentioned in the same breath as Peyton Manning, Tom Brady, Joe Montana, John Elway, Dan Marino and other all-timers. Plus, Brees has hinted he doesn’t want to play too much longer. Hey, it could happen.

Normally, freak athletes like Carter burn out suddenly, but the former North Carolina star has managed to adapt and adjust to a changing NBA and carve out a 21-year career. He’s currently with the Hawks, who are in the midst of a full rebuild, but Carter doesn’t seem to mind and instead appears to relish the role of elder statesman. Those who remember his early-career dunk contest performances probably can’t believe it.

If it feels like Chara has been around forever, it’s because he has. The war-horse defenseman has been in the league for 21 years, the first eight split evenly between the Islanders and Senators and the last 13 with the Bruins. Chara intends to play past this season, but hockey players can fall off quickly. And though his style suggests he could play a while longer, it’s fair to wonder how many suitors he would have on the open market.

It seems foolish to include Colon in any list of athletes who might be near retirement because people probably thought he was done as a pitcher about six or seven different times in the last half-decade or so. The 21-year veteran has said he intends to pitch in the 2019 season, which is understandable given he is a mere three wins away from 250 for his career. What remains to be seen is whether any teams have interest.

Federer is 37, has 20 Grand Slam titles and is currently the world’s third-ranked player. He has defied Father Time, excelled in a young man’s sport for an almost unfathomable length of time and appears to still have plenty of tennis left in him. That said, he has seen his play drop a bit and has started to discuss his post-tennis plans. For one of the most cerebral athletes of all time, that could be a strong clue the end of his playing career is nearly at hand.

Fitzgerald clearly has something left in the tank, but he has also stated he wants to be a Cardinal his whole career. The question then becomes whether or not he has the desire to help ease quarterback Josh Rosen’s transition into a full-time starter and whether he and the team can find a contract that works for both sides. If he does hang it up, he’ll do so having put together a sterling career that will make him a first-ballot hall-of-famer.

Gore’s career has defied conventional wisdom about the running back position and has also been a case study in perseverance. Gore has nine 1,000-yard seasons, and with a little better luck would have three more on top of that. He has fought through multiple devastating knee injuries and remains one of the more reliable backs in the NFL. Will that be enough to get him into the Pro Football Hall of Fame? That remains to be seen.

Gronkowski is financially secure — that much we know from his many profiles that speak of how, despite a public persona that seems more frat boy than finance whiz, the Patriots tight end has not spent a dime of his contract money, instead living off his endorsement deals. So unlike many players, Gronk doesn’t need the cash. Just 29, Gronkowski is regarded by many as the best tight end of all time. He has a Super Bowl and he’s a lock for the Hall of Fame, so why take the punishment? He has pondered it before, and he might do it sooner rather than later.

Korver nearly retired after the 2017-18 season, only to come back to the Cavaliers after discussions with his family. But things in Cleveland weren’t working out, and he was traded to the Jazz. Korver has one more year left on his deal. But beyond that, it’s easy to imagine him walking away, even though his skills as one of the NBA’s top marksmen have seemingly not eroded at all

Kronwall’s entire 15-year career has been spent in the Motor City, where he has carved out a reputation as one of the sport’s most reliable, all-around defensemen. Kronwall’s reputation has been of a player who is responsible in his own zone but also talented on offense. The Red Wings are rebuilding and Kronwall is in the final season of his contract, so this might be it for the Swedish stalwart.

Manning has not aged as well as some of his contemporaries. And despite his reputation as one of the league’s all-time, big-game players, he has been on a steady decline for some time, to the extent that the Giants are openly looking for his successor. Manning hasn’t been good this season, especially considering the overall high level of quarterback play in the league, and it seems likely 2019 will be his final season.

The Highest Paid NBA Players of 2020

Those Athletes Were Destroyed By Drugs

How To Get Your Reading Done Efficiently

The Best Universities In Nigeria 2019 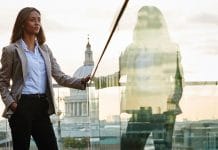 The Best Jobs For People Who Love To Shop