Agriculture is Montana’s primary industry, with agricultural land accounting for roughly 64 percent of the state’s total land area. As a result, much unique agriculture and wildlife studies degree programs are offered at Montana State University and the University of Montana, Montana’s two largest universities.

Best Colleges in Montana 2021 includes several small and midsize schools and universities that can be found across Montana, including Billings, Missoula, Great Falls, and Helena, the state capital. In addition, the Western Undergraduate Exchange allows Montana residents to attend colleges and universities in 14 states, including Washington, Oregon, and Idaho, for no more than 150 percent of the in-state tuition cost.

The Best Colleges in Montana 2021

Salish Kootenai College, located in Pablo, Montana, is a private tribal land-grant community college. It serves the tribes of the Bitterroot Salish, Kootenai, and Pend d’Oreilles. The main campus of SKC is situated on the Flathead Reservation.

Montana State University-Northern, located in Havre, Montana, is a public university. MSU Northern admissions are not selective, having a 100% acceptance rate. Students admitted to Montana State-Northern have an average SAT score of 845-973 or an ACT score of 16-22.

Montana State University Billings is a public university located in the city of Billings, Montana. MSU—Billings admissions are competitive, with a 100% acceptance rate. Half of the applicants admitted to Montana State Billings had ACT scores ranging from 17 to 24.

Rocky Mountain College is a private university located in Billings, Montana. The RMU applications are competitive, with a 71 percent acceptance rate. Half of RMU admitted students had an SAT score between 918 and 1138 or an ACT score between 18 and 24.

Montana Technological University is a public research university located in Butte, Montana. The MTU applications process is competitive, with a 96 percent acceptance rate. Half of MTU’s admitted students have an SAT score between 1110 and 1295 or an ACT score between 21 and 27.

The University of Providence, located in Great Falls, Montana, is a private Roman Catholic university. Providence admissions are less selective, with a 99 percent acceptance rate. Half of the Providence candidates had an SAT score between 830 and 1010 or an ACT score between 16 and 23.

The University of Montana, located in Missoula, Montana, is a public research university. Montana admissions are competitive, with a 96 percent acceptance rate. Half of Montana’s admitted students have an SAT score between 1050 and 1240 or an ACT score between 20 and 27.

Montana State University, located in Bozeman, Montana, is a public land-grant research university. Admission to MSU is more selective, with an acceptance rate of 81%. Half of Montana State’s admitted students have an SAT score between 1090 and 1320 or an ACT score between 21 and 28.

Best Colleges with No Application Fee In America 2020 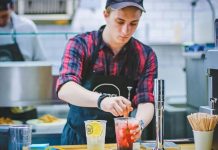 The Best Online Schools for Masters In Canada 2018