Despite historical trends that show the U.S. and the U.K. and Canada to be the countries that attract the most international students each year, young adults’ perceptions ranked countries primarily in Asia with less established, but promising, economies as the best countries to study abroad.

The Best Countries to Study Abroad ranking draws from a global perceptions-based survey and ranks countries based on scores from a compilation of five equally weighted country attributes: culturally accessible, fun, has many cultural attractions, would consider attending university there and provides top quality education. Nearly 7,000 adults under age 35 filled out surveys for the 2019 Best Countries rankings.

The Best Countries To Study Abroad In 2019

Romania is the largest of the Balkan nations, tucked between Bulgaria and Ukraine in southeastern Europe along the Black Sea. It is a jigsaw of distinct regions, each with their own history and influence. In the 1860s the principalities of Moldavia and Wallachia united to form Romania and in 1877 it gained its independence from the Ottoman Empire. Transylvania, which was ruled by Austria and Hungary, was later acquired by Romania after fighting for the Allies in World War I.

South Korea, officially the Republic of Korea, is a nation in eastern Asia with a long history of conflict that occupies the southern portion of the Korean Peninsula. Liberated from Japan in 1945 at the end of World War II, South Korea was invaded by communist forces in North Korea a few years later. Aid requested by the United Nations helped end the three-year war and support the south on its way to democracy. A critical divide between the two nations along the center of the peninsula remains.

South Africa is located on the southern tip of Africa, with coastlines on both the Atlantic and Indian oceans. Africa’s third-largest economy behind Nigeria and Egypt, South Africa draws hundreds of thousands of visitors each year eager to see its impressive terrain, wildlife, and cultural diversity. Although South Africa has come a long way since the end of apartheid in 1994, it remains a country of vast inequality and high crime. While the country is dotted with world-class dining, trendy shops, sprawling vineyards, and upscale safari lodges, townships lacking basic infrastructure are often only a short distance away.

Colombia is located in the northwest corner of South America and is the continent’s most populous Spanish-speaking nation. Roughly twice the geographic size of France, Colombia is bordered by both the Pacific Ocean and the Caribbean Sea, as well as Panama, Venezuela, Brazil, Peru, and Ecuador. Colombia won independence from Spain in the early 19th century and was one of three countries that formed out of the 19th-century collapse of Gran Colombia – the other two nations being Ecuador and Venezuela. Today the country is a democratic republic with universal suffrage, with separate executive, legislative and judicial branches of the federal government.

Ukraine, a nation whose history has experienced long periods of occupation from other countries, today wrestles between war and peace, as well as between corruption and reform. The nation borders the Black and Azov seas to the south and abuts several Eastern European nations, including Russia. Ukraine declared independence from the former Soviet Union in 1991. Its president is directly elected by voters. The prime minister is the head of the central government, which is separated along executive, legislative and judicial branches.

Founded in 1923, Turkey is home to a unique intersection of culture as the nation bridges Asia with Europe. The country is overwhelmingly Sunni Muslim, though influences of bygone Roman and Byzantine rule pepper the streets and skyline. Extravagant mosques and cathedrals can both be found within blocks of the Grand Bazaar in the city of Istanbul, home to 14 million people. Religious identity is an important part of Turkey’s evolution. For more than a decade, power struggles between a military-backed secular government and an increasingly popular religious movement have raised concerns about government stability.

Argentina, the birthplace of tango, has experienced its share of tragedy and hardship since it became an independent nation in the early 19th century. During the 20th century, Argentina tilted between democracy and authoritarian rule, marked by the 1976-1983 “Dirty War” launched against political opponents of the country’s military government. Democracy returned to Argentina in 1983. The overwhelming majority of its citizens are ethnically European or partially European, reflecting the country’s 16th-century Spanish colonization and the waves of 19th and early 2020th-century immigration that flowed from Europe – particularly Spain and Italy.

Located in Southeast Asia, India sits on a peninsula that extends between the Bay of Bengal and the Arabian Sea. The country, the birthplace of Hinduism and Buddhism, is the world’s second-most-populous nation after China and has roughly one-sixth of the world’s population. After years of nonviolent struggle against British rule, India gained its independence in 1947.

The United Arab Emirates, or UAE, is a federation of seven emirates on the southeast end of the Arabian Peninsula. The country, wedged between Oman and Saudi Arabia, has rocky desert, wetlands, waterless mountains and coastlines that stretch along the Gulf of Oman and the Persian Gulf. The emirates that currently comprise the UAE were known as the Trucial States in the 19th century as a result of a series of agreements with Great Britain. In 1971, six of these states merged to form the UAE; a seventh joined in 1972.

Located in two separate regions in the South China Sea, Malaysia is a small country with a fast-growing economy. Once a British colony, the country is home to about 29 million people, many of whom live in or near the capital city of Kuala Lumpur. Located on an ocean trade route, Malaysia came under the influence of China, India, the Middle East and eventually Great Britain in the late 18th century.

The Federation of Malaysia was formed in 1948 by the unification of former British-ruled territories along the Malay Peninsula. In 1963, the former British colonies of Singapore, Sabah, and Sarawak joined the Federation, thereafter known simply as Malaysia.

Tips to Save Money and Control Your Spending Right now

why you should Study in Canada

10 things you should make your kids pay for 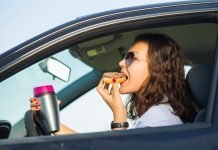 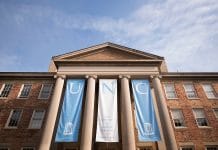 5 Signs That Your Boss Really Doesn’t Appreciate You

How To Travel Cheap