Canadian cities and towns offer travellers a diverse choice of experiences, from chic, cosmopolitan centers to mountain resorts and maritime cities. Determining the best places to visit may depend on your interests and the type of trip you’re hoping to create.

Best Places to Visit in Canada 2020, In the heart of the country, are Toronto, Canada’s biggest city and the highlight of Canada’s arts and cultural scene. Nearby, Niagara Falls is a must-see attraction for visitors to Canada that never disappoints. In the neighbouring French-speaking province of Québec, Montreal is known for its fashion, culture, and history.

Here Are Best Places to Visit in Canada 2020

Take adventure travel up a notch with a visit to Whistler. This resort town in British Columbia boasts everything from skiing and snowboarding to bobsled rides and bungee jumping. Travellers can spend their downtime in Whistler Village enjoying the après-ski scene or strolling through Whistler Olympic Plaza.

Meanwhile, warm-weather visitors can explore Brandywine Falls Provincial Park, home to the 230-foot-tall waterfall from which the park gets its name.

Here, you’ll traverse the exposed earth mantle, a rust-coloured landscape that was created millions of years ago by a collision of tectonic plates. It is equally impressive: a boat ride through Western Brook Pond, a glacier-carved, landlocked fjord that features cascading waterfalls measuring 2,000 feet.

Home to rolling green hills, red sandstone cliffs and a delicious bounty of seafood, Prince Edward Island is the place to travel for a relaxing respite from Canada’s more adventure-driven destinations.

When you’re not enjoying the beach, perfect your swing at one of the island’s golf courses. And be sure to keep an eye out for PEI’s seal population (four kinds call the island home either full- or part-time).

While Montreal and Québec City honour Canada’s French roots, Victoria pays tribute to its British heritage. Many visit British Columbia’s capital for afternoon tea, a tour of the beautiful Parliament Buildings or a history lesson at the Royal British Columbia Museum.

Others are interested in sampling Vancouver Island’s wineries. Meanwhile, animal lovers enjoy the abundance of marine wildlife that call the waters surrounding Victoria home. In fact, there are more than 80 orca whales in Victoria’s waters.

A trip to Europe may not be in your budget, but a visit to Québec City could be. This Canadian city charms its visitors with its picturesque centuries-old buildings that make up Old Québec – a UNESCO World Heritage Site.

Meanwhile, the aromas of freshly baked bread and brewing espresso fill the cobblestone streets of the Quartier Petit-Champlain with the essence of Paris. Once you’ve gotten your fill of the city, take a trip to Montmorency Falls Park to marvel at its 272-foot-tall waterfall.

Montreal is a city of juxtaposition: Skyscrapers rub elbows with Old Montreal’s 17th-century architecture, while the familiar sounds of English intermingle with the foreign buzz of French. Visit Old Montreal to get a taste of Europe (think: beautiful architecture and cobblestone streets),

Then head to modern attractions, such as the Montreal Museum of Fine Arts. If you’re visiting during the warmer months, don’t miss out on the Montreal Botanical Garden or panoramic views of the city from atop Parc du Mont-Royal.

A trip to Vancouver is all about embracing the outdoors. Vancouverites spend their days skiing on Grouse Mountain, swimming at Kitsilano Beach and strolling through Stanley Park.

Plus, this British Columbia city offers plenty of cultural attractions, including museums and outdoor markets (Granville Island is a must-see). If you’re not afraid of heights, head about 5 miles north of the city center to the Capilano Suspension Bridge, which straddles 230 feet above the Capilano River.

Travel to this Ontario destination to see and capture photos of its iconic natural attraction. Hop on a Maid of the Mist boat to admire (and feel) the power of the falls up close.

After you’ve gotten thoroughly soaked, explore the area’s other top attractions, such as the Niagara Glen Nature Reserve, which offers a variety of hiking trails. When you’ve had your fill of nature, head to nearby wineries or test Lady Luck at the casinos.

Nestled amid the Canadian Rockies’ foothills, this tiny mountain town in Alberta appeals to nature enthusiasts and luxury-seekers. Visitors can spend their days skiing or hiking at Banff National Park and floating down the Bow River before retiring to one of the several opulent hotels for some spa therapy. Daytrips to popular attractions like the Columbia Icefield and Moraine Lake cannot be left off your itinerary.

As the largest national park in the Canadian Rockies, Jasper is ripe for exploration. When you’re not hiking through Maligne Canyon, whitewater rafting down the Athabasca River or snapping photos of Spirit Island,

you can enjoy a bird’s-eye view of the beautiful scenery from the Jasper SkyTram. Keep your eyes peeled for the 53 species of mammals that call this Alberta park home, including black bears, cougars and bighorn sheep. Jasper National Park is Best Places to Visit in Canada 2020

Best Places To Visit in The World 2021

Best Places to Visit in Canada 2021

Traveling During the Pandemic: What You Need to Know

Why Study In Canada

Countries Where You Can Buy Citizenship 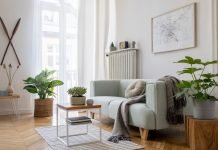 The Best Paying Jobs In Canada 2018

Best Places To Visit In Canada 2019