Despite being one of the world’s largest countries, tourists often overlook Canada favouring its southern neighbour, the United States. But with its stunningly beautiful landscape and abundance of activities, Canada is worth a visit. The country is divided into ten provinces and three territories, each with its distinct character.

The province of Quebec is known for its French-Canadian culture and beautiful old towns. At the same time, Ontario has a mix of big city life and stunning natural attractions like Niagara Falls. The province of British Columbia is home to Vancouver, one of the most popular tourist destinations in North America and towering mountains and pristine coastlines.  US News recently ranked The Best Places to Visit in Canada 2022

The Best Places to Visit in Canada 2022

Mont-Tremblant is a world-famous ski resort town in Quebec, Canada. The village is located on the shores of Lake Tremblant and at the foot of Mont Tremblant, a mountain peak in the Laurentian range. The village has retained its original charm and character, with cobblestone streets and old-world architecture.

There are also several shops, restaurants, and bars in the village. Mont-Tremblant is especially popular with skiers and snowboarders, but there are also plenty of other activities to enjoy in the area. Forests surround the village, and numerous hiking trails lead through them.

Whistler is one of the most popular tourist destinations in all of Canada. Whistler has something for everyone, from the picturesque town center to world-class skiing and snowboarding. The village is full of charming shops and restaurants, and there are plenty of activities to keep visitors busy, including hiking, biking, and golfing. In the winter, Whistler comes alive with snow sports enthusiasts who come to take advantage of the world-famous slopes.

The province comprises several small islands, the largest of which is Prince Edward Island. PEI is known for its beautiful beaches, stunning coastal scenery, and friendly people. The island is a popular tourist destination, and there are plenty of things to do and see. The top attractions include the Confederation Bridge, Anne of Green Gables Heritage Sites, and Victoria Park Beach. PEI also has a rich history and culture, and there are many museums and historical sites to explore.

Quebec City is one of the best places to visit in Canada. The city is full of history and culture, and there are plenty of things to do and see there. Some of the top attractions in Quebec City include the Citadelle, the Chateau Frontenac, and the Basilica of Notre Dame. The city is also home to some great restaurants and bars, and there is always something going on in Quebec City.

Montreal is a city located in the province of Quebec in Canada. Montreal is a popular tourist destination known for its French culture and architecture. Some of the most popular attractions in Montreal include Mount Royal Park, Notre Dame Basilica, and the Old Port of Montreal.

Jasper National Park is one of the most popular tourist destinations in Canada. The park has a wide variety of activities and attractions that appeal to tourists. Some of the most popular activities in the park include hiking, camping, fishing, and wildlife viewing. The park also has several scenic areas worth visiting, including Maligne Canyon and Lake Louise. Jasper National Park is a great place to visit for anyone looking for an outdoor adventure.

Niagara Falls is one of the most popular tourist destinations in North America, and for a good reason. The Falls are a spectacular sight to behold, and there is no shortage of activities and attractions in the area. So whether you’re looking for a family-friendly destination or an adventure-filled getaway, Niagara Falls has something for everyone.

This park offers beautiful views of the falls and plenty of activities for the whole family. For example, you can enjoy a ride on the Maid of the Mist boat tour, visit the Aquarium of Niagara, or walk through the Cave of Winds.

Vancouver is located in the province of British Columbia in western Canada. It is one of the most popular tourist destinations in the country, and for a good reason. There are many things to see and do in Vancouver, from exploring its vibrant neighbourhoods to visiting world-famous attractions like Stanley Park and Granville Island.

No matter what time of year you visit, there’s always something happening in Vancouver. The city comes alive during the summer months when locals and visitors can enjoy the sunny weather at one of the many beaches or parks scattered throughout the town. However, Vancouver transforms into a beautiful autumn wonderland in the fall, with crisp air and stunning foliage providing a perfect backdrop for a weekend getaway.

Banff is located in the Canadian Rockies and is one of Canada’s most popular tourist destinations. Banff National Park was established in 1885, making it one of the first national parks in the world. The park covers 6,641 square kilometres and is home to glaciers, mountains, forests, and wildlife. There are plenty of things to do in Banff, including hiking, skiing, fishing, and sightseeing. The town of Banff is also a great place to eat and shop. 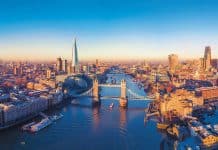 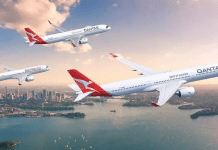