Getting a great job is the most important goal of most students right now. And it’s not just a suggestion. According to the Graduate Future Plans Survey (GFPS) conducted in 2017 by the Office of Institutional Research and Planning, most students are planning to pursue employment-related goals.

Specifically, 49 percent of students surveyed by the organization said that employment was their most important goal, while 24 percent reported that seeking employment was on top of their priorities after graduation. 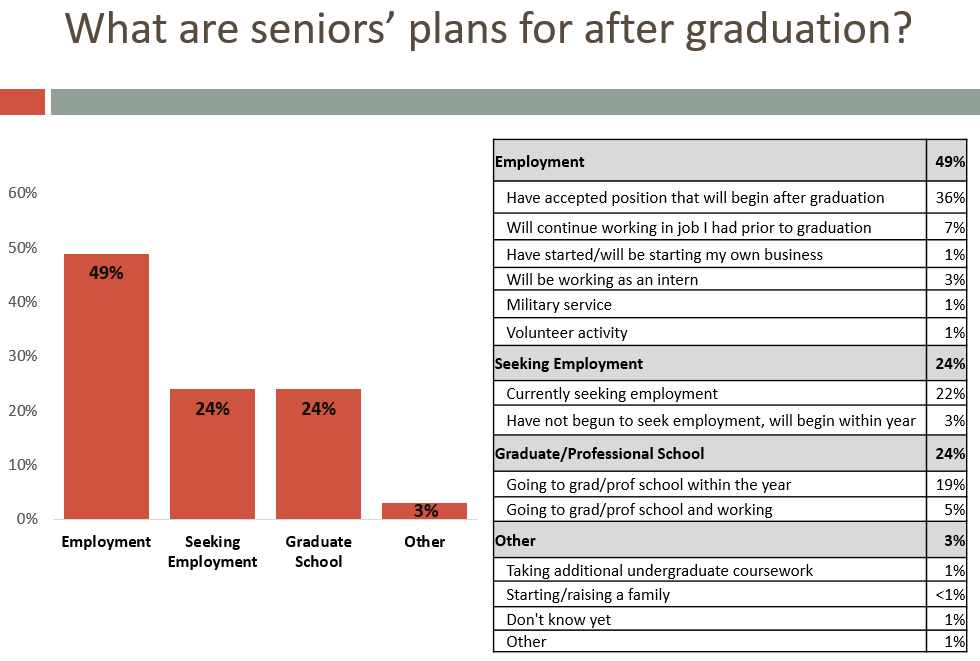 If you’re reading this, chances are you’re one of them or have a similar goal of scoring a well-paid job. In this article, I’ve compiled the list of HOW MANY hot careers for students in the following years that you should check out if you’re looking for a challenging and high-paying job.

The first job on our list is also one of the most well-paid ones. According to PayScale, right out of college, you can get an average salary of about $83,000 if you don’t mind working in this IT field. Software engineering is a complex process of creating a software piece with a specific range of functions from a set of requirements.

Career opportunities in the field are unique because the world of IT is developing very rapidly. For example, the list of skills critical to the success of a software engineer includes machine learning, artificial intelligence, open-source, and many others.

“With the rise of AI and machine learning, every company will need to hire at least some machine learning engineers to streamline its operations in the next decade,” Vince Morrison, a talent acquisition expert from Write My Essay For Me. “The revolution has already started, and one doesn’t need to apply too much effort to find the evidence of that.”

For example, a quick search for “Machine Learning Engineer” on Indeed conducted this September returned 15,605 jobs. And that is just one job board. So imagine how many companies will be looking for engineers when AI takes off.

Healthcare-related jobs will be in high demand in the next decade because of many factors, including the aging population and an increasing prevalence of chronic and acute diseases. One of the most needed professionals at this point is a nursing anesthetist who essentially works as an advanced practice nurse and is currently the only certified personnel to deliver anesthesia in two of three hospitals in the rural U.S., according to the Nurse Journal.

The same source also suggests a 31 percent increase in the profession over the next decade because there’s always a need for pain relief in healthcare. The shortage of nursing personnel is causing anesthetists’ roles to become more prominent.

Although the average salary isn’t as high as software engineers or others mentioned above, the role of a recruiter will become much more prominent in the following years. Don’t let the rise of recruitment tools discourage you because 77 percent of job seekers prefer human interaction when looking for jobs, and companies realize that.
In other words, no recruiting tool will ever replace humans.

After all, only a person can effectively assess a candidate during an interview and even detect if they are lying on their resume, so this job is safe. Moreover, with an ever-increasing realization of the importance of human interaction in recruiting, the number of available jobs may increase.

The world of mobile apps has been developing at the speed of light in recent years due to a rapidly rising need for sophisticated apps. According to CNN Money, this is one of the fastest-growing ones in the U.S., with 10-year job growth of about 19 percent.

“Whether you’re Snapchatting with friends or catching Pokémon, you probably spend time every day using the creations of mobile app developers,” CNNMoney said in its new “Best Jobs in America” report referenced above. “They aren’t necessarily saving the world, but mobile app developers get to create something that can reach millions of people daily.

A massage therapist is someone who treats patients by using touch to manipulate the muscles and other soft tissues. According to the U.S. Bureau of Labor Statistics, the employment of these professionals is projected to increase by 26 percent from 2016 to 2026, making it one of the fastest-growing occupations.

Information security is already a hot topic in the IT sphere and will remain relevant in the next decade. The recent report Hacking the Skills Shortage by McAfee supports this. According to this report that surveyed 775 IT and cybersecurity decision-makers, 82 percent said they experienced a shortage of cybersecurity skills within their company.

This translates into more job openings for information security analysts in the nearest future and increases the profession’s importance.

Author: Tom Jager is a professional blogger. He works as A-writer. He has a degree in Law and English literature. Tom has written numerous articles/online journals. You can reach him at G+, Facebook.