Dopamine is an important chemical messenger in the brain that has many functions. It’s involved in reward, motivation, memory, attention and even regulating body movements,

When dopamine is released in large amounts, it creates feelings of pleasure and reward, which motivates you to repeat a specific behaviour.

In contrast, low levels of dopamine are linked to reduced motivation and decreased enthusiasm for things that excite most people.

Dopamine levels are typically well regulated within the nervous system, but there are some things you can do to increase levels naturally.

Exercise is recommended for boosting endorphin levels and improving mood. Improvements in mood can be seen after as little as 10 minutes of aerobic activity but tend to be highest after 20 minutes.

While these effects are probably not entirely due to changes in dopamine levels, animal research suggests that exercise can boost dopamine levels in the brain.

In rats, treadmill running increases dopamine release and upregulates the number of dopamine receptors in the brain’s reward areas. However, these results have not been consistently replicated in humans.

A 30-minute session of moderate-intensity treadmill running did not produce an increase in dopamine levels in adults in one study. However, one three-month study found that performing one hour of yoga six days per week significantly increased dopamine levels.

One small study in those with Parkinson’s disease found that consuming 250 grams of cooked velvet beans significantly raised dopamine levels and reduced Parkinson’s symptoms one to two hours after the meal.

Similarly, several studies on Mucuna pruriens supplements found that they may be even more effective and longer-lasting than traditional Parkinson’s medications, as well as have fewer side effects. Keep in mind that velvet beans are toxic in high amounts. Make sure to follow dosage recommendations on the product label.

In recent years, scientists have discovered that the gut and brain are closely linked. In fact, the gut is sometimes called the “second brain,” as it contains many nerve cells that produce many neurotransmitter signalling molecules, including dopamine.

It’s now clear that certain species of bacteria that live in your gut are also capable of producing dopamine, which may impact mood and behaviour. Research in this area is limited.

However, several studies show that certain bacteria strains can reduce symptoms of anxiety and depression in both animals and humans when consumed in large enough quantities. Despite the clear link between mood, probiotics and gut health, it’s not yet well understood.

Some animal research has found that saturated fats, such as those found in animal fat, butter, full-fat dairy, palm oil and coconut oil, may disrupt dopamine signalling in the brain when consumed in vast quantities.

So far, these studies have only been conducted in rats, but the results are intriguing. One study found that rats that consumed 50% of their calories from saturated fat had reduced dopamine signalling in their brain’s reward areas, compared to animals receiving the same amount of calories from unsaturated fat.

Interestingly, these changes occurred even without differences in weight, body fat, hormones or blood sugar levels. Some researchers hypothesize that diets high in saturated fat may increase inflammation in the body, leading to changes in the dopamine system, but more research is needed.

Proteins are made up of smaller building blocks called amino acids. There are 23 different amino acids, some of which your body can synthesize and others you must get from food. One amino acid called tyrosine plays a critical role in the production of dopamine.

Enzymes within your body can turn tyrosine into dopamine, so having adequate tyrosine levels is important for dopamine production.

Eight Stages of Procrastination Every College Student Goes Through

The University Tuitions Fees By Provinces

Where Is The Cassini Spacecraft Now ?

10 things you should make your kids pay for 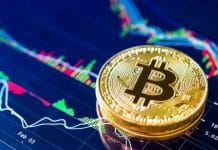 The Freshman 15 How To Avoid College Weight Gain

Cities With The Most Air Pollution In Canada 2019