Some brands have loyal customers. Others have those who claim their lives would be over if they had to live without them. In the 2019 edition of the Brand Intimacy Study by marketing agency MBLM, Apple and Google were the two companies tied for having most U.S. customers convinced their products were essential for survival. 38 percent of Apple and Google users said they couldn’t live without the company’s products. Amazon and Coca-Cola were the runner-ups.

Among the twelve most revered companies in the 400-brand ranking were an equal amount of service providers, mainly internet and software companies, and manufacturers. While Americans felt most attached to U.S. companies, Japanese car maker Toyota and Swedish streaming service Spotify also made the cut.

Claims that these brands are of vital importance should obviously not be taken at face value – with one exception: Walmart. The food retailer is the only source of fresh fruit and vegetables in some communities.

5 Food Additives You Should Avoid

Jobs That Could Make You a Billionaire

Take a Summer Vacation on the Cheap

Jobs That Will Make You a Millionaire In Canada 2019

Think Twice Before You Drink 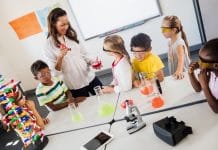 How to Spot the Most Common LinkedIn Scams