The report was created by Remitly, a financial startup that helps people send money abroad. Remitly analyzed Google search data for 100 countries, looking at the average monthly search volume for phrases associated with moving abroad. The company then ranked the most searched location among 100 countries.

Overall, Canada was number one, with 30 countries, including Britain, Mexico and France, placing it at the top of their wish list for the place they would most want to live. Remitly pointed out that the appeal includes its high safety levels, low unemployment rates, friendly locals and beautiful scenery.

For Americans, the top destination was a whole lot more far-flung than Canada. Japan came in as the principal place Americans most wanted to live and was also the ultimate place for Canadians. Japan ranked second overall as the country people want to move to, with 13 countries wanting to live there, including Australia and Montenegro. Japan’s appeal to? “Its reputation for high safety levels, job opportunities and heavily-praised quality of life,” reports Remitly.

Canada ranked First In Where the World Wants to Move.

Which are the most popular countries for moving abroad?

The most popular destination for people looking to move overseas was Canada, which topped 29 other countries’ wish lists. 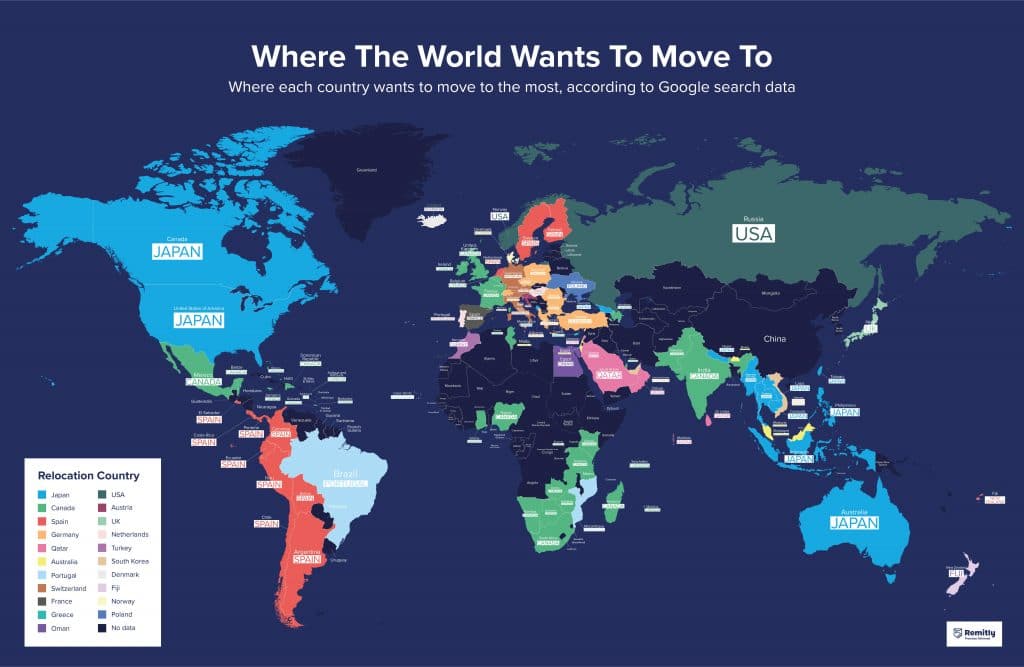 Read the full report On Remitly.

This story originally appeared on Remitly and was reproduced here with permission.

The Most Generous Cities In Canada 2021