Every day, we rely on apps to perfect making the next at-home meal, meditate after a long day, or escape reality and dive into magical worlds to solve puzzles or ride into endless adventures.

Many of our favourites are made right here on home soil, and to spotlight Canadian app developers, the App Store features great apps for Canada Day, and they’re worth downloading every day. Especially great for capturing fireworks celebrating Canada’s birthday.

Celebrate Canada Day With These Canadian Made Apps

Apollo for Reddit (Halifax) — since Reddit was founded in 2005, the user-generated interface has remained relatively unchanged. It never felt gorgeous until Apollo for Reddit was created by Halifax native Christian Selig. Apollo for Reddit gives a smoother, user-friendly look and feel, complete with a “supercharged” media viewer supporting a wide array of sources. Free on the App Store.

NFB Films (Montreal) — the official app of the National Film Board of Canada offers more than 4,000 films for viewers of all ages, including a kid’s channel with fun and educational content. Films can also be downloaded to watch offline on iPhone, iPad or Apple TV 48 hours later. Free.

Relax Melodies (Montreal) — was created ten years ago after one of the co-founders in Sherbrooke suffered from insomnia and sought an app that helps people sleep. Today, Relax Melodies is helping millions worldwide get a better night’s sleep, relax and meditate with sounds of rain, thunder, animals and even mix sounds to find the perfect “lullaby.” Free.

Sago Mini World (Toronto) — award-winning kids games perfect for preschoolers to use their imaginations to travel around the whimsical Sago Mini-World with Harvey, Jinja, Robin and Jack. Free.

It tells a scary, emotional thriller about a wrong high school reunion. The artwork in the game was drawn and coloured entirely on the iPad by Benjamin. $5.49 and expected to launch on July 1(Canada Day)

Arena Stars: Battle Heroes (London, ON) — an epic battle game by Tiny Titan Studios brings a band of skilled warriors users to collect to assemble teams and battle others and play in leagues to earn spots on the leaderboards. Free.

Golf Blitz (Saskatoon) — Noodlecake Studios introduces a whole new way to golf on wildly creative courses and power-ups to play with friends or others to reach the top of the clubhouse. Free.

Kingdoms of Heckfire (Vancouver) — A strategy and battle game by A Thinking Ape where players build their domains, train dragons and attack goblins, skeletons and more. Free.

Splitter Critters (Vancouver) — An Apple Design Award Winner in 2017, RAC7 splits worlds with the swipe of a finger to rearrange screens and help guide critters back to their spaceship. $3.99

They were climbing Flail (Vancouver), A colourful brain-teaser by Korigame where players fling the limp body upwards and avoid pesky and sometimes dangerous objects to reach out of harm’s way. Free.

Instantly upgrade your photos and video editing game through these apps

Are you looking to up your photo editing game to share your favourite Canada Day memories? Download VSCO free on the App Store to put the burst,

sparkle and wonder in your photos and videos. Another must-have app to up your Instagram Stories is Canva. It helps anyone create stunning designs with pictures and videos, and no design expertise is required. 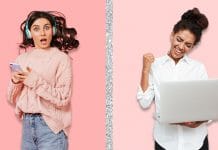 Online Games To Play With Friends

Best Apps That Pay You To Walk 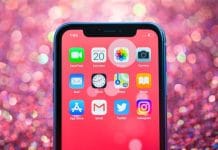 The Most Downloaded iPhone Apps In Canada 2020 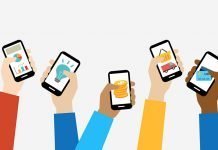 5 Apps Students Must Have On Your Phone