That’s the suggestion of a new study that found that among more than 2,300 Americans with chronic kidney disease, those who drank the most caffeinated drinks reduced their risk of premature death by 24 percent.

“However, our observational study cannot prove that caffeine reduces the risk of death, but only suggests the possibility of such a protective effect,” he said.

Moreover, the reasons that caffeine might be protective aren’t clear, and how much caffeine is too little and how much might be too much also isn’t known, Bigotte Vieira added.

In the study, the research team found that:

The findings were to be presented Friday at the American Society of Nephrology annual meeting, in New Orleans. Research presented at meetings is considered preliminary until published in a peer-reviewed journal.

Dr. Leslie Spry, from the Lincoln Nephrology & Hypertension, Dialysis Center in Nebraska, said, “I hope this is the case, as I sit here and drink my morning coffee.” Spry is also a spokesman for the National Kidney Foundation.

“As you know, there are studies of coffee being harmful, beneficial and not affect health,” he said.

This is yet another observational study, Spry noted, where only an association was found, not cause and effect.

Given the relatively small size of the study, and the small reduction in death risk, Spry said he’s not willing to tell kidney patients that the more caffeine they drink, the longer they’ll live.

“I would rather say that compared to little or no caffeine intake, those people with the highest intake of caffeine as estimated by a dietary recall, may have a lower mortality, but the reason for this lower mortality is not proven by this association research,” he said.

6 Ways You Can Build Muscle With Push-Ups 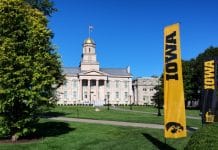