When you think of college student you think of young and broke well not for this young gentleman Who just hit the jackpot and became a millionaire at the age of 20.

Here is a report from Grand Forks Herald.

ST. PAUL — A St. Paul college student hit the jackpot Wednesday night, July 11, when he won $1 million on a Powerball ticket by using a controversial new mobile app that critics say amounts to online gambling, which is illegal in Minnesota.

Jackpocket functions as a third party to allow users to purchase state lottery tickets on their smartphones. It became available in Minnesota just two weeks ago, and Jackpocket said Stevenson’s win appears to be the largest mobile app-purchased lottery prize ever claimed in the U.S.

The New York company’s CEO, Pete Sullivan, even traveled to Minnesota to be on hand when Stevenson validated his ticket Thursday at state lottery headquarters in Roseville.

Jackpocket said Stevenson purchased his Powerball ticket with all numbers matching except the Powerball by redeeming credits he received from the app by referring others to it.

Jackpocket users verify their ages (you must be 18) and input their payment information. Users then select lottery games and game numbers, and they receive a scan of the ticket purchased through established state-licensed retailers. The ticket’s actual purchase is made by a Jackpocket employee.

Jackpocket, which so far only operates in Minnesota and New Hampshire, makes money by charging a ticket sales fee and sharing sales commissions with its partner retailers.

The Minnesota Lottery has said it reached an agreement with Jackpocket to operate in the state and considers the third-party arrangement to be legal.

But some, including state Rep. Greg Davids, R-Preston, have questioned the arrangement of allowing lottery ticket resellers without legislative consideration and approval.

“The implications of moving toward an online sale of lottery tickets for consumer protection and public welfare are enormous,” he told the newspaper.

He has called for Jackpocket’s suspension until the Legislature can consider the issue. 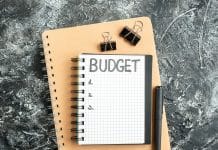 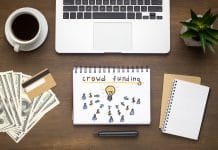 Most Affordable Cities In Canada 2021

Remote Side Hustles Help Make You Extra Cash from Home

Financial Resolutions For The New Year 2021

The Richest Royal Family In The World

How To Make College And University Cheaper

How To Become An Engineer

Stronger Muscles May Pump Up Your Memory

How To Become An Elementary School Teacher

Countries With Most job losses Due To Coronavirus 2020