Perfectionism has reached new heights among young people, a new study suggests. This intense desire to succeed could take a toll on their mental health, the researchers speculated.

The findings come from an analysis of data on more than 40,000 American, Canadian and British college students who completed a test that measured three types of perfectionism: the irrational desire to be perfect, perceived pressure from others to be perfect, and unrealistic expectations of others.

The study assessed changes in perfectionism over time, from the 1980s to 2016.

It found that college students scored much higher in all forms of perfectionism in recent years than they had in the past. For instance, scores indicating an irrational desire to be perfect — also called self-inflicted perfectionism — jumped 10 percent between 1989 and 2016. During this time, scores for external pressure to be perfect increased 33 percent, and scores for others’ unrealistic expectations jumped 16 percent.

Several driving forces may help explain the rise in perfectionism among millennials, according to the study authors.

The trend may be linked to social media because it can cause young people to compare themselves to others increasingly. This could lead to body image issues and social isolation, the researchers cautioned.

Perfectionism among young people is also associated with the desire to move up the social and economic ladder, earn higher grades than their peers, become more educated, and achieve career goals, the British researchers said.

“Meritocracy places a strong need for young people to strive, perform and achieve in modern life,” said study author Thomas Curran of the University of Bath.

“Young people are responding by reporting increasingly unrealistic educational and professional expectations for themselves,” Curran added in a news release from the American Psychological Association. “As a result, perfectionism is rising among millennials.”

According to Curran, in 1976, about 50 percent of high school seniors expected to graduate from college. By 2008, more than 80 percent anticipated earning a college degree.

However, the gap between the students who expect to go to college and those who actually graduate is widening, he said, leading to higher levels of depression, anxiety and suicidal thoughts.

“These findings suggest that recent generations of college students have higher expectations of themselves and others than previous generations,” Curran said. “Today’s young people are competing with each other to meet societal pressures to succeed, and they feel that perfectionism is necessary to feel safe, socially connected and of worth.”

The study was published online recently in the journal Psychological Bulletin.

The American Academy of Family Physicians has information on emotional health.

How To Eat Healthy On Cheap Budget

Where Is The Cassini Spacecraft Now ?

The 10 Schools With the Most Alumni at Google

The Most Expensive Cities To Live In Canada 2020 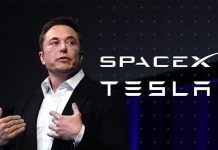 9 Ways Students Can Make Money Without a Regular Job