Conservative colleges provide an important counterbalance to the progressivism and liberalism that pervade so much of American higher education. For students raised with traditional moral values, who favour limited government, who adhere to free-market economic principles, entering the world of higher education is too often an alienating experience

Nowadays, everyone is running to their political sides and associating themselves with everyone that shares the same political values and ideology. Here are the most conservative colleges in America in 2018.

The Most Conservative Colleges In America 2018

The University of Northwestern-St. Paul is a private institution that was founded in 1902. It has a total undergraduate enrollment of 3,241.

The University of Northwestern is a non-denominational Christian liberal arts university offering more than 60 majors and six graduate programs. Northwestern’s unwavering commitment to biblical truth and Christ’s Great Commission sets us apart from other schools. Our distinctive Biblical Worldview Curriculum will change your life.

Colorado Christian University is a private, interdenominational Christian liberal arts university in Lakewood, Colorado, in the United States. CCU was founded in 1914 as the Denver Bible Institute.

Colorado Christian University is ranked 96 out of 126 in Regional Universities West. Schools are ranked according to their performance across a set of widely accepted indicators of excellence.

Biola University is a private, Christian university located approximately 16 miles from downtown Los Angeles in La Mirada, California. Founded in 1908, the university has over 150 major academic programs of study in nine schools.

As one of the leading Christian universities in the nation, Biola University offers students a premier educational experience to prepare them for lives of impact and influence. Located near Los Angeles in sunny Southern California, Biola is recognized for its prestigious Torrey Honors Institute and its wide range of innovative degree programs.

Maranatha Baptist University is an accredited college that desires to produce spiritually and academically prepared students to serve the Lord. We want to develop servants of Christ who are disciplined, creative, and passionate about the field they have been called.

Our passion is to instill a missionary vision and dedication to worldwide outreach and personal evangelism. Since 1968 Maranatha has emphasized a balanced approach to life. Each student must take significant Bible and liberal arts classes and meet their major’s requirements.

Southwestern Assemblies of God University is a private Christian university and seminary located in Waxahachie, Texas, Dallas–Fort Worth metroplex, United States. Southwestern Assemblies of God University is a Bible-based theological and professional studies institution. It is rooted in the great commission of Jesus Christ to “Go into all the world and preach the good news to all creation…” and to “make disciples of all nations . . . teaching them to obey everything I have commanded you” (Mark 16:15a; Matthew 28:19, 20.)

Brigham Young University is a private, non-profit research university in Provo, Utah, the United States, completely owned by The Church of Jesus Christ of Latter-day Saints and run under the auspices of its Church Educational System.

Brigham Young University seeks to develop students of faith, intellect, and character who have the skills and the desire to continue learning and serve others throughout their lives. Tracing its roots in Utah’s rich pioneer heritage, the university provides an outstanding education.

Brigham Young University–Idaho is a private university located in Rexburg, Idaho. Founded in 1888, the university is owned and operated by The Church of Jesus Christ of Latter-day Saints.

Brigham Young University–Idaho is ranked #13 in Regional Colleges West. Schools are ranked according to their performance across a set of widely accepted indicators of excellence.

Bob Jones University is a Christian liberal arts college located in Greenville, South Carolina, offering over 100 undergraduate and graduate programs. BJU’s mission is to offer educational experiences that foster the development of Christ-like character that inspires and equips individuals to serve the church and impact the world for Jesus Christ.

A Christian university in central Virginia, Liberty offers studies in various academic fields at its 16 colleges and schools. The university was founded by the late Jerry Falwell, a prominent Baptist minister, televangelist and conservative political activist.

The Franciscan University of Steubenville is a private institution founded in 1946. It has a total undergraduate enrollment of 2,090, its setting is suburban, and the campus size is 249 acres.

Read More on Niche About The Most Conservative Colleges In America

The Best Medical Schools In Canada 2022

The Best Universities in New Brunswick 2022 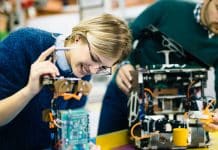 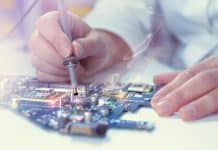 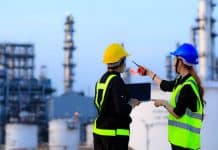