According to a new study, the average mobile internet speeds in the United States and Canada are now significantly faster than any other country. The survey conducted by the independent research firm OpenSignal found that U.S. and Canadian users had an average download speed of 14.4Mbps. This is more than double the global average of 6.9Mbps.

The U.S. and Canadian users also had much higher upload speeds, with an average of 5.6Mbps than the global average of 3.3Mbps. The study attributed the high speeds in North America to the widespread deployment of LTE technology in both countries. LTE is a newer, faster form of mobile data service that offers rates up to 10 times faster than older technologies such as 3G.

LTE deployment has been spurred by government policies and initiatives in both countries and solid competition among mobile carriers. As a result, North American users are now enjoying some of the fastest mobile internet speeds globally. 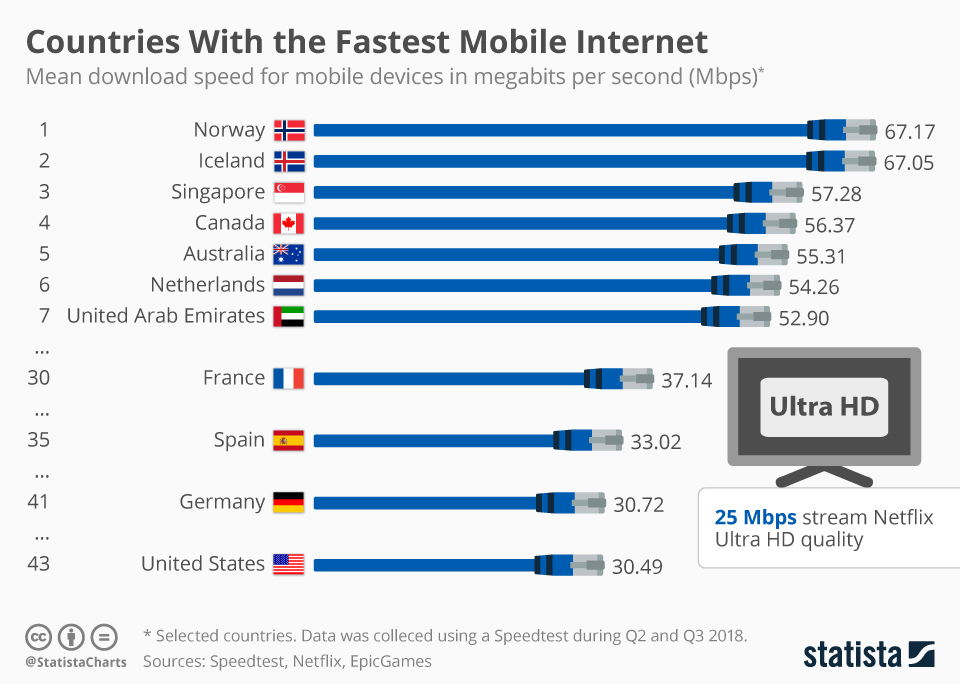