According to The Committee to Protect Journalists, 53 journalists lost their lives on the job so far this in 2018. The advocacy group claims that 34 of them were singled out for murder. Three types of deaths were tracked – reprisal murders, deaths in combat or crossfire and deaths on other dangerous assignments like covering protests that turn violent. After two years of decline, the number of killings increased in 2018 while the number of journalists behind bars remained at a sustained rate amid a global clampdown on press freedom.

The brutal murder of Washington Post columnist Jamal Khashoggi in the Saudi consulate in Istanbul was the most high-profile killing of the year and resulted in an unprecedented diplomatic crisis for the government in Riyadh. Meanwhile, the war in Afghanistan has continued to rage and the country remains the most dangerous place for journalists. So far, 13 have been killed including nine in a single bombing incident at the end of April when extremists detonated a second device to target first responders and journalists.

Other countries in turmoil have seen multiple journalists lose their lives with Syria and Yemen notable examples with nine and three deaths respectively. Other countries seemingly more peaceful have also experienced fatalities, including the United States where four journalists died on the job in 2018. Independent music video blogger Zachary Stoner was among them and he was shot dead in Chicago in June of this year.

The Deadliest Countries For Journalists In 2018 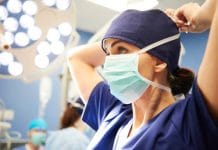 The Highest-Paying Jobs In the World

How To Find Summer Jobs For Students

Are Unpaid Internships Fair To Students

Happy Birthday Canada and why you should be Proud to be...

25 American Internships That Actually Pay Off

3 Societies You Should Join To Boost Your Job Prospects