Colleges and institutes offer diploma and certificate programs as their primary activity, while some offer degrees in areas of particular specialization. Where they are offered, degree programs may be two-year associate degrees or four-year applied degrees.

Generally speaking, university diplomas and certificates require one or two years of study in a specific field or discipline. However, these programs vary widely from institution to institution, and from province to province.

Students at the baccalaureate or bachelor’s level are known as undergraduates. Successful completion of the secondary school program is the normal requirement for admission to undergraduate study. Bachelor’s degrees in Canada normally require three or four years of full-time study, depending on the province or whether the program is general or specialized.

An honors baccalaureate degree usually signals a higher degree of concentration in the honors subject, as well as a higher level of academic achievement. At some universities, an honors degree may require an additional year of study.

A master’s degree in Canada typically requires two years of study after successful completion of an honors baccalaureate. The normal qualification for a doctoral program is a master’s degree.

However, students have been allowed, in special circumstances, to pass directly from an honors baccalaureate program into a doctoral program. A minimum of three years and up to four or five years of study and research, as well as a dissertation, are the normal requirements for a doctorate. The degree is generally known as a Ph.D.; however, doctoral degrees in Canada may also be granted in particular fields of study such as music (D.Mus.) or law (LLD).

In regulated professions such as medicine, law, education, and social work, an internship or practicum is generally required in order to obtain a license to practice.

Many colleges and universities offer one- or two-year postgraduate diploma and certificate programs to students who wish to augment their undergraduate degree with specialized training.

Canada ranked First In Where The World Wants To Move

The Cheapest Cities In Canada 2020

The Cost of High School In Canada

Cities With Best Hospitals In Canada 2019

Celebrate Year of the Rat With Tech Gifts and Apps

5 Signs You’re Spending Too Much Money on the Holidays 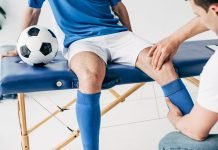 The Best Places for Halloween 2019

The Best Revision Tips For Students

8 Simple Money Moves Canadians Should Do