The deterioration of our environment is pretty universally known. You can’t escape the warnings, built on years of research, that if changes don’t begin to occur, life as we know it could be significantly altered. In fact, we are using up 50% more natural resources than the Earth can provide. At our current population, we need 1.5 Earths, which we do not have.

Purposefully or not, this lack of environmental consciousness has had a negative effect on our planet! It seems rather damning when you think of it like that, but even little changes could have a massive impact!

We all have a role as inhabitants of Earth to play a part in its survival. Think of it as a home we all share! You would want to keep your house clean and comfortable for all who visit, so why not do the same with the planet? Here are some easy changes we can all make that will help the environment.

We all know showering is better than bathing and it’s always nice to have a long, luxurious wash. But taking half-hour showers wastes just as much, if not more, water than a bath would! Try to keep your showers quick and efficient. Bring in a timer and set it for ten minutes, ideally even less! Also reduce your water waste when you don’t need it, for example, if you’re shaving, switch off the water! Use it only to get wet and rinse! There is no real reason as to why your water needs to keep running when you’re simply lathering with soap!

Save some money by purchasing a reusable water bottle and refill it. Not only will this benefit your bank account, but will reduce the amount of plastic waste. Americans discard about 33.6 million tons of plastic each year, but only 6.5 percent of it is recycled and 7.7 percent is combusted in waste-to-energy facilities. Think about what happens to the rest of that unrecycled plastic…it goes back into the environment, polluting it! In our oceans alone we have islands of garbage, mostly comprised of plastics equivalent to the size of India, Europe and Mexico combined!

When brushing your teeth, only turn on the tap to wet the brush and rinse it. Conserve water by turning off the faucet in between! And if your tap leaks, get it fixed! It’s unnecessary waste and costs you money! A leaky tap can waste 140 gallons of water a week, that’s a lot in utilities!

Washing at 30 is far better for the environment and a much more cost-effective way to do your laundry. Most modern detergents are designed to work well at lower temperatures now, so there’s really no excuse! Worried about bacteria build up in your machine? Run a maintenance clean once a month. Leaving the drum empty, set the machine to the highest temperature setting and without adding any detergent run a maintenance wash. Afterwards, give the detergent tray a scrub with a damp cloth. Don’t forget to always check your washing machine manual first. Get the lowdown on how to wash at 30 here.

Reduce exhaust fumes by travelling in packs! Better still, walk or cycle and if possible use public transport! It saves money on gas and fewer cars on the road means fewer carbon emissions!

A lot of appliances have been given the term “vampire appliances” because they use energy even when they are switched off! Devices such as DVD players, TVs and computers are all culprits, using power even when they are “dead”. A great suggestion is to invest in a power strip and switch it off when the appliances are not in use!

Turn Off the Light

Have you noticed your light switch is always located by the door? It’s by no means an accident and is a way to encourage you to turn off the light every time you leave a room! A big no-no is keeping your lights on when you leave your house! It doesn’t take a second and saves on energy and your bill!

There’s a reason why vegetarianism is described as an ethical choice! Meat just isn’t great for the environment. One of the motives for deforestation is it offers more space to rear animals for human consumption, not only that but meat production emits huge amounts of carbon emissions! No one’s saying cut it out completely, but consuming less will have a great effect on the environment!

End food waste by controlling your portion sizes. 40% of food in America gets thrown away, that’s like making a lasagne only to immediately throw away half! Put it into perspective, if 40% of food is wasted, that’s 40% of all greenhouse gases used in the production and transportation of your food and landfill space that doesn’t have to exist! Get yourself a compost bin, recycle anything you can and use your freezer to avoid food going off before you get a chance to eat it!

Ok, I know this is a stretch! Some people, and definitely most young people, neither have the time nor the interest to do this! But, simply growing herbs on your windowsill can save you money in the long run and reduce the carbon footprint built up by food transportation!

It’s easy to convince yourself these small changes are pointless in the grand scheme of things, but if everyone made these little changes the environment would feel a huge impact towards the positive! It’s not too late to do your bit, however big or small, to preserve the planet we all call home!

How Do I Become a Registered Nurse? 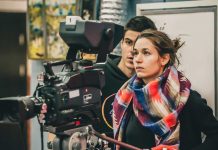 10 Ways the Internet Can Make Your College Search Faster and...

The Best High Schools In Edmonton 2018

The Best Nursing Schools In Canada 2019

What To Look For When Picking an Online School

The Best Schools For Music In Canada 2018

7 Things Every University Student Should Know

The Art of Being an Artist