You would think that when someone is constantly in the public eye, they would be more mindful of their actions, but it’s not always the case. Here are five Halloween costumes that celebrities dressed up as in the past that were huge no, nos.

Back in 2013, Julianne Hough dressed up as Suzanne Warren, also known as “Crazy Eyes,” in “Orange is the New Black.” This costume is obviously offensive because it’s blackface. She apologized in a tweet by saying, “I am a huge fan of the the show “Orange is the New Black,” actress Uzo Aduba, and the character she created. It certainly was never my intention to be disrespectful or demeaning to anyone in any way. I realize my costume hurt and offended people and I truly apologize.”

When the supermodel dressed up in a Halloween costume resembling the Goddess “Kali,” she angered a lot of Hindu leaders in America. According to the Times of India, an Indian-American community leader Rajan Zed said, “Goddess Kali is highly revered in Hinduism and she is meant to be worshiped in temples and not to be used in clubs for publicity stunts or thrown loosely for dramatic effect.”

Last year, when Hilary Duff and her then boyfriend Jason Walsh, who is also her ex-personal trainer, dressed up together as a sexy pilgrim and a Native American chief. A lot of people on social media called her out for cultural appropriation and reinforcing negative stereotypes. Duff later apologized on Twitter and said, “I am SO sorry to people I offended with my costume. It was not properly thought through and I am truly, from the bottom of my ❤️ sorry.”

In 2015, Benson posted a picture on Instagram dressing up as Cecil the Lion, just months after he was killed in Zimbabwe by an American dentist. She apologized on Instagram by saying, “Yesterday’s post was in poor taste and I absolutely regret all of the hurt that photo caused. The caption that was posted was incorrect and my costume was not Cecil the Lion, when I saw that, I contacted my management who handled the post and had it immediately changed. I recognize that I am responsible for everything posted on my social accounts and this was an unfortunate oversight. I am a supporter of Animal conservation and I will be donating all the proceeds of this deal to the World Wildlife Fund. I love you all and I apologize if I let you down.”

Mowry got her fair share of backlash on social media back in 2013 when she dressed up as a Geisha. While this costume isn’t as extreme as blackface and “dressing up” as a cultural figure, it’s still risky because it’s exploiting Asian stereotypes.

The Best Wireless Speakers For Back To School 2018 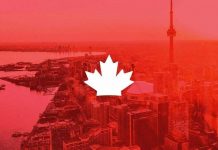 3 Foods That Can Boost Memory and Concentration 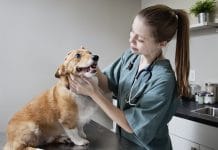 How To Become a Veterinarian

How To Be A Successful Masters Student