Father of the Bride is a beloved family classic. It stars favourites like Steve Martin, Diane Keaton, and of course Martin Short. I watched it with my mom for the first time and I remember thinking to myself during the entire movie that this was literally going to be me.

George and Nina Banks (Steve Martin and Diane Keaton) have a 22 year-old daughter named Annie Banks (Kimberly Williams, in her debut) who just graduated from college and returns home from a trip to Europe. She announces during dinner that she met and became engaged to a guy from Bel-Air named Bryan MacKenzie (George Newbern). Her mother was thrilled of the news, whereas her father… well not so much. FYI George and Nina also have a son named Matty Banks (Kieran Culkin, brother of Home Alone kid Macaulay Culkin).

I know I’m a little older than Annie, but I feel like I’m going to go home to my parents’ house for dinner one day and surprise them with an engagement after six months. And her parents’ reaction to the news is a spitting image of how my parents would react. My mother would be overjoyed and in tears, whereas my father would be very skeptical.

Of course in the end Annie’s father becomes accepting of his future son-in-law, but it’s the fear of losing his daughter that makes it so difficult for him to do so. That’s why George feels even more on edge when Annie hires a wedding planner because the situation starts to become more of a reality.

If you read up to this point and you still feel like this movie isn’t for you, then you have to at least watch it because of Martin Short’s incredible performance when he plays the wedding planner Franck Eggelhoffer.

In fact, Franck Eggelhoffer is actually based off of real life celebrity wedding planner Kevin Lee. He told The Daily Dish that after a producer on the film told him the character was based on him he couldn’t believe it, “I said “Wow” [laughs]. I was totally shocked when he told me that.” According to his website he has designed weddings and events for many A-list celebrities like Kim Kardashian, Jennifer Aniston, Drew Barrymore, Kate Hudson, etc. You can check out his reel below…

The Best U.S. Colleges For Students From China 2019

A Guide to Create Budget for Students 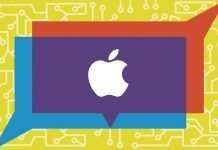 The Best University In The World 2019

Sarah Adam - October 28, 2019 0
It’s that time of year again-cold and flu season is just around the corner. This year, be proactive by taking steps to prevent these...

6 Ways You Can Prepare To Age Well

5 Ways To Keep Your Memory Sharp

CRA 2020 Updates What Does Mean For Your Tax Return

Celebrate Year of the Rat With Tech Gifts and Apps