What is SafeMoon, and how do you buy SafeMoon? Here’s what investors need to know. In the bitcoin world, things move quickly. Thanks to Elon Musk and Mark Cuban’s positive comments, Dogecoin was the hottest altcoin a few weeks ago. Dogecoin, on the other hand, has taken a step back after its meteoric rise. Meanwhile, traders have shifted their focus to SafeMoon, the most recent hot token.

April has been a whirlwind for SafeMoon. It soared as high as 2,000 percent at one time, reaching $0.0000130. However, since its peak, it has dropped by almost two-thirds to around $0.000006. With such high price volatility, it’s no surprise that traders are scrambling to figure out how to purchase SafeMoon and profit from the fluctuations.

Because SafeMoon has only been around for 7-8 months, it isn’t yet listed on many big crypto exchanges like Coinbase (ticker: COIN). In truth, SafeMoon trading has so far been limited to two key sources. So here’s what you should know if you’re thinking about investing in cryptocurrency:

What distinguishes SafeMoon from the other cryptocurrencies and altcoins on the market? First, this alternative asset employs an ingenious technique to reward long-term investors.

The platform is a cryptocurrency-based payment processing system. SafeMoon, unlike most other cryptocurrencies, charges a 10% exit fee to investors who sell them. The cost is split in half and distributed to all SafeMoon owners, with the other half being burnt. Long-term investors will benefit from its burn strategy, which it believes will be helpful and rewarding.

In principle, this will function similarly to a supercharged share repurchase program. As a result, safeMoon token owners will see their ownership interests grow over time as the departure fee is dispersed to surviving token holders if all goes according to plan. Meanwhile, the burn, which works similarly to a stock buyback scheme, would gradually reduce the number of current SafeMoon tokens.

The top way to buy SafeMoon is through PancakeSwap. PancakeSwap is an automated market maker that was created last fall. It’s a decentralized finance (DeFi) program that lets you do everything from trading to liquidity provisioning to yield farming. A video guide on how to buy SafeMoon with PancakeSwap was released to SafeMoon’s official Twitter account.

Users must first purchase Binance tokens. SafeMoon’s backers recommend MetaMask and Trust as two reasonable solutions for storing them in a wallet that supports the technology. Traders can then use the BSC network to exchange Binance tokens for SafeMoon.

Another good alternative is the BitMart exchange. It listed SafeMoon on April 5, before it took off, and as a result, the token has a good amount of liquidity.

Should You Buy SafeMoon?

So that’s how to buy SafeMoon and why it has drawn such strong trader interest so far – but is SafeMoon a good investment? There has been widespread criticism of the project. Prominent crypto thought leaders on social media had blasted the currency, comparing it to the infamous Ponzi scheme Bitconnect. A common feature in the altcoin scene is that the people who discover a new token first make a large portion of the profits.

That gets to the crux of the matter. While SafeMoon may end up being a good project, that doesn’t necessarily make the token a buy at the height of its initial hype cycle. That will be the crucial point. If SafeMoon will succeed, it needs to achieve some functionality beyond simply being a tool for speculators. The loyalty feature is a perk, but that alone may not support SafeMoon’s current value. “I think investors need to be cautious about a cryptocurrency that has no real utility.

That’s a valid criticism, but it’s one that SafeMoon’s whitepaper appears to reject, with goals of establishing a marketplace for non-fungible tokens (NFTs), orchestrating charitable projects and creating educational crypto apps. Still, it’s all talk until you walk the walk, so keep that in mind before buying in. 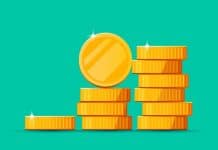 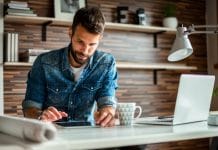 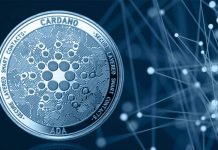 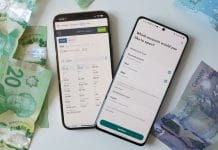 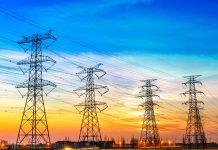 The Best Medical Schools In California 2018

How To Become a Video Game Designer