Just about all of the young women knew that tanning could cause premature skin aging and skin cancer. Moreover, almost 80 percent did not believe that indoor tanning is safe or any safer than outdoor tanning.

Still, about seven out of 10 said they like to get a tan even though they know tanning may harm their skin. Nearly 84 percent said tanning makes them feel more attractive.

Those more likely to use tanning booths or sunlamps had relatives or friends who used tanning devices, tanned easily and considered tans attractive. They still wanted a tan, despite knowing the potential harm.

The study was published recently in the Journal of Dermatological Science.

Keming Yang, a Ph.D. student in epidemiology, was the first author of the paper, while Jiali Han, chair of the department of epidemiology at Indiana University, was senior author.

The U.S. Centers for Disease Control and Prevention has more on indoor tanning.

The Most Censored Countries 2020

5 Of The Most Beautiful Small Towns In The World

The Best Jobs for Lazy People 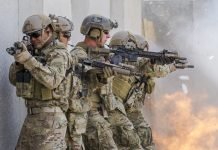 How to Make Lifelong Friendships While In College

How to Make the Most of Your Christmas Break