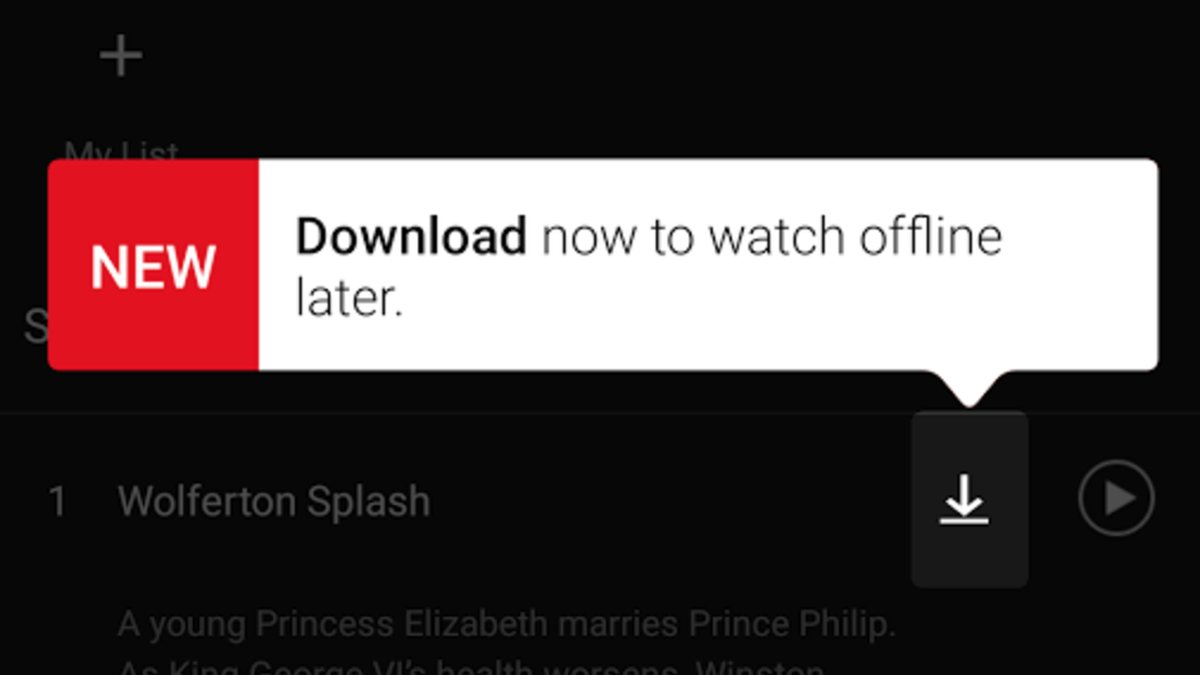 You can finally take Netflix with you onto a plane or the subway. Today the company announced that it’s launching offline playback for “many of your favourite streaming series and movies.” Right now, that selection includes stuff made by Netflix (Stranger Things, The Crown, Narcos, Orange Is the New Black, etc) but also a lot of other random choices. You’ve got Breaking Bad. You’ve got Mad Men. You’ve got… Paddington and Minions and Kung Fu Panda 3. This is going to be a huge deal for parents. Movies include Boyhood, Pulp Fiction, Nightcrawler, Good Will Hunting, Hot Fuzz, and more. Netflix says more content will support downloads in the near future.

Once you’ve updated to the latest version of Netflix on Android or iOS (due out today for both), a download button will appear next to the play button for shows that allow it, letting you save content to watch later on when you might not have any internet connection. According to this help page, there are two options for quality: Standard and Higher. “Standard quality is a slightly lower video resolution that requires less storage space and takes less time to download. Higher quality is a higher video resolution that requires more storage space and takes more time to download.” Netflix doesn’t actually spell out what that higher resolution is.

Offline playback is a feature that Netflix executives have previously said the company was unlikely to embrace. But it can be a huge help in regions that might not offer the fastest internet around, and other video rivals like Amazon Video and more recently Vudu already allow customers to download content to watch anywhere. Best of all, offline playback is available for all streaming plans, so Netflix isn’t trying to use it to up-sell people on higher subscription tiers.

US Colleges Making the Most Money From Application Fees

90 Percent Of College Students Have Cheated

How To Avoid Unhealthy Additives

The Good, the Bad and the Ugly about Student Loans Best Remote and Work From Home Jobs In Canada 2020