The College Board is making a major change to the SAT exam with an adversity score that will level out students’ chances of getting into colleges. This new indicator, which has been reported on by Wall Street Journal this week and coming fall season – plans for 150 schools engaged in beta testing it last year- reflects different aspects like family income or the environment when applying equally everywhere else but isn’t just one thing alone; rather various things come together behind how well you do academically too!

The SAT is a test that has been around for many years. It is a college entrance exam that many students take to get into colleges. The SAT was created back in 1950, and it has been modified over the years. Recently, the SAT has been changed to give students an adversity score. This score will show how complex the student’s life has been regarding challenges and obstacles.

What is College Adversity Score?

The College Adversity Score is a new way for colleges and universities to consider applicants’ backgrounds when reviewing their applications. The score considers factors contributing to the applicant’s adversity, such as poverty, crime, and poor schools. The hope is that this will give students from disadvantaged backgrounds a better chance of being accepted to college.

The College Board, the group that administers the SAT, will start to include an adversity score in their assessment reports. This score is meant to reflect a student’s environment and socioeconomic background. The score is based on 17 factors such as crime rates, poverty levels, and education levels in the student’s neighbourhood. The College Board hopes that this new measure will help colleges admit more students from underrepresented backgrounds.

What is an SAT Exam?

The SAT is a standardized test that college-bound students in the United States typically take in their junior or senior year of high school. The SAT is owned, published, and developed by the College Board. The test assesses students’ readiness for college, primarily through critical reading, mathematics, and writing skills.

Who is The College Board?

The College Board is a nonprofit organization that was founded in 1899. It is best known for developing and administering the SAT and PSAT tests. The College Board also provides college planning resources, including information about colleges and financial aid, and connects students with scholarship programs.

In the admissions process, colleges and universities use a variety of metrics to determine who they will admit and who they will reject. One metric gaining in popularity is using an “adversity score.” This score considers many factors such as neighbourhood poverty levels, crime rates, and quality of schools. Another metric used by colleges is students’ SAT scores. In this article, we will explore the difference between these two metrics. 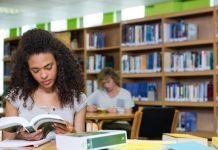 How To Relax After Exams