We all know our summer expectations never match reality, so here are 10 TV shows to catch up with this summer. So get cozy, renew your Netflix subscription and Binge with the rest of us.

One word, LONG. Just Long is an emotional rollercoaster of drama, death, and love. I finished an entire season in one week, and I regret nothing. If you haven’t heard about Grey’s Anatomy, well, now you have, your welcome. It is one of the most intriguing TV shows out there, but you also don’t even have to have a thing for medical drama; this show will draw you in naturally.

It has 12 seasons! So you can stay home while your friends are out doing what they’d probably regret the following day and catch up with the rest of us on Greys if you want to be cute about it and pace yourself. Then you can split it up into a season per week. Still, that’s 12 weeks, three months!!  You will laugh, hate, even cry for fictional characters that you will never meet, but you will love every minute. It’s amazing 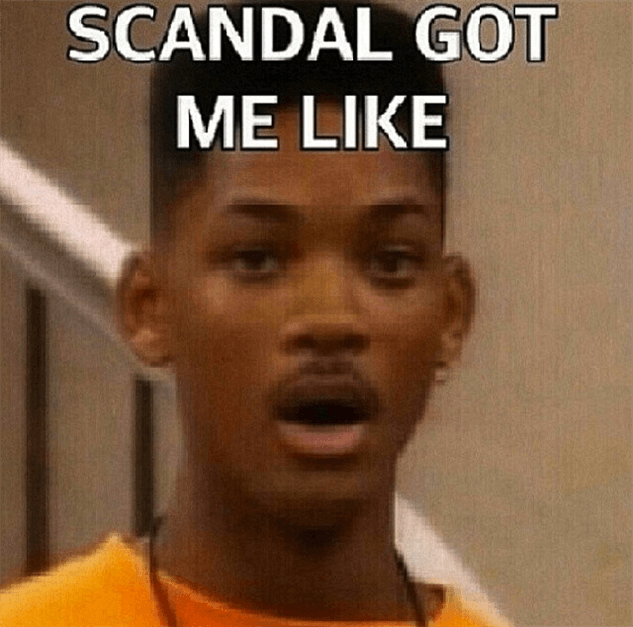 Scandal, the name says it all. Suppose you live for the tea, as in drama then, this is the show for you. Secret affairs, white house tensions, a strong female lead, it has it all. But, the thing that makes this show unique from every other white house FBI show out there is the writer, Shonda Rhimes.

Sis plays no games. Everything from the character development, storylines, plot twists is complete brilliance. You will start to question the American government’s little things ( if you haven’t already), but you will also develop an unhinged sense of curiosity. Trust me, by the end of season 2; you will be googling shit you usually wouldn’t. 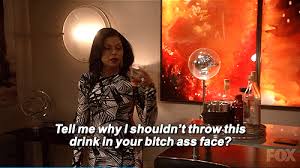 Empire is lit! That’s all you need to know. It is about a dysfunctional family taking over the music industry while dealing with their troubled past growing up in the hood. I love this show because of one of the main characters, cookie.

She is the embodiment of “ride or dies.” She is a strong female character played by Taraji.P.Henson. Still, she also brings a certain ghetto flair that is often looked down upon in mainstream media and makes it acceptable and almost glorifies it. This show also touches upon Gay issues and acceptance, mental health, and generally black culture and hip hop. All of this is neatly integrated into drama and mess, which will keep you guessing.

Power is produced by 50-cent, so you know it will be about some hood shit. And it is! Power is an empire, but instead of music, it’s drugs and sex scenes. The storyline is very well written; it takes place in Newyork and follows the life of a club owner/drug dealer ghost as he tries to get out of the drug business, but demons from his past keep coming up. Again, a lot of crime and violence in this show, but it’s a good watch.

Here we go again, FBI Training Camp, terrorists, Hostages, America, guns, bomb!! That’s all it is. The characters are very dynamic and representative of today’s political instability. It’s good to show; it gets you thinking; that being said, it’s relatively new, so I have high hopes for the seasons to come.

Issa comedy! Created by Issa Rae, it follows the hilarious dynamic friendship of 2 black women, Molly and Issa, as they navigate adulthood facing off real-life problems and the relatable struggles of being an awkward black girl. This show is not for everyone, but it’s defiantly worth a try.

Cringe!! This show is so cringe-worthy you have to keep watching. As usual, it follows this socially awkward girl as she deals with day-to-day adult struggles. At the same time, she was living with her overbearing religious African mother, insane sister and crazy friends. This shows adds a comedic spin to an otherwise shitty situation, it’s genuinely funny, and I love it on Netflix.

Ever wonder what would happen if Trump started a nuclear war? Well, wonder no more. The 100 is about the survivors of the atomic war living in space and the surprises and challenges they face when they come back to earth three generations later and try to rebuild their homes. Not only is this show interesting, it defiantly gets you invested in the characters and not in an emotionally healthy way either. So if you are into sci-fi, this would be a great place to get your fix.

We got it all: vampires, witches, werewolves, spirits, blood sacrifices, gorgeous cast members. But, again, the writers on this show are not playing games. The storyline is impeccably written and very well directed. Originally a spin-off from vampire diaries ( no need to watch vampire diaries to understand this show), this show is about the first original vampires trying to take back their city of New Orleans while being hunted down by literally every vampire and their mama.  It puts you at the edge of your seat.

This is one of my favourite TV shows to watch while eating, multitasking, or doing something semi-important. Honestly, the great thing about friends is that you don’t necessarily need to watch every episode of a season, you can start in the middle of a season, and it would still make you laugh. It’s a classic.

The Longest Serving Monarchs In History

First Day of School for Edmonton Public is Sept 1st