In an ever-changing world full of uncertainties, one thing remains true: some countries are just better than others. The Best Countries In The World 2022 is a definitive ranking that considers various factors to determine which nations are the best.

The criteria used to compile this list are diverse, from economic stability and quality of life to environmental friendliness and educational opportunities. However, one thing all these countries have in common is that they offer their citizens a high standard of living.

The Best Countries In The World 2022

The Netherlands has a long history of being a tolerant and progressive country. It was the first country in the world to legalize same-sex marriage, and it has always been at the forefront of gender equality. The country is also known for its excellent quality of life, with its cities often ranked as some of the most livable in the world.

With all of these factors considered, it’s no surprise that the Netherlands will again be ranked as one of the best countries in the world in 2022.

Sweden is one of the best countries in the world. It was recently ranked as the second-best country in the world by the United Nations World Happiness Report.

There are many reasons why Sweden is such a great place to live. For starters, it has a robust economy and is known for being a very innovative country. Additionally, it has a high quality of life, with residents enjoying access to excellent healthcare and education.

It’s no wonder that so many people want to move to Sweden. It’s been ranked as one of the most famous immigrant destinations recently. So if you’re looking for a great place to live, work, and raise a family, Sweden is worth considering.

The United Kingdom has been voted one of the world’s best countries for 2022. This is based on several factors, including its economy, standard of living, education system and healthcare.

The UK has a strong economy which is expected to continue to grow in the coming years. This means that there will be more opportunities for employment and businesses. The standard of living in the UK is also very high, with people having access to good-quality housing, healthcare and education.

The UK’s education system is world-renowned, producing some of the best students in the world. Healthcare in the UK is also excellent, with a National Health Service that provides free care to all residents.

Overall, the UK is an excellent choice for those looking to live in a country that offers a high standard of living, good job prospects and a perfect education system.

New Zealand is a small country with a big reputation. Nestled in the South Pacific Ocean, New Zealand is often hailed as one of the most beautiful countries in the world.

With its dramatic landscapes, friendly people and stunning scenery, it’s no wonder that New Zealand consistently ranks highly on lists of the best countries in the world.

In fact, according to the U.S. News & World Report’s Best Countries rankings for 2022, New Zealand is the second-best country in the world overall, behind only Switzerland. The report looked at various factors to determine its rankings, including each country’s quality of life, economic stability and citizenship.

The United States has been named one of the best countries in the world for 2022. The country was ranked number four on the list released by U.S. News & World Report. The United Kingdom, Canada, and Germany rounded out the top five.

The rankings were based on several factors, including quality of life, economic stability, and citizenship. The United States scored exceptionally high in the power and cultural influence categories.

“The U.S. continues to be one of the world’s most powerful nations,” said Simon Anholt, an independent policy advisor who helped compile the rankings. “Its economy is still the envy of many other countries, its citizens enjoy a high standard of living, and its military is second to none.

Australia is world-renowned for its picturesque landscape, friendly locals, and relaxed way of life. It’s been voted one of the best countries in the world for 2022! So if you’re considering moving down under, here’s what you can expect.

Australia has something for everyone, from its beautiful beaches and lush rainforests to its bustling cities and friendly locals. And with a low crime rate and high quality of life, it’s no wonder why so many people are choosing to call Australia home.

Switzerland is consistently ranked as one of the best countries in the world. In 2022, it was again named the best country overall by U.S. News & World Report. The Alpine nation is known for its high quality of life, stunning scenery, and efficient infrastructure. It also ranks highly in measures of political and economic stability.

Switzerland’s picturesque towns and villages, along with its major cities like Zurich and Geneva, make it a popular tourist destination. The country’s neutrality has also helped it play an essential role in international diplomacy.

According to a new study, Germany is one of the best countries in the world to live in. The research carried out by U.S. News & World Report looked at several factors, including quality of life, economic stability, and safety.

Germany scored particularly well on measures of healthcare and education, coming in at second place overall. Germany is worth considering if you’re looking for a safe, stable, and high-quality place to call home.

Japan is a country located in the eastern region of Asia. The nation is made up of four main islands, which are Hokkaido, Honshu, Shikoku, and Kyushu. Tokyo is Japan’s capital city and the world’s largest metropolitan area. As of 2019, the population of Japan was estimated to be around 126 million people.

Country Japan is considered to be one of the best countries in the world to live in. It has been ranked as the number one country in the world for quality of life by the United Nations for several years. Additionally, Japan ranks highly on other lists, including those for safety, education, and health care. So it’s no wonder many people want to live in this great country!

Canada is one of the best countries in the world. It was ranked as the second-best country in the world by the Best Countries Report for 2022. The report looked at several factors, including quality of life, economic stability, and cultural influence.

There are some reasons why Canada is such a great place to live. For starters, it has an excellent quality of life. Canadians enjoy access to high-quality healthcare and education and have a high living standard. The country also ranks highly for its economic stability and opportunity. In addition, Canada is a culturally diverse and welcoming country.

Canada is an excellent choice if you’re looking for a great place to live, work, and raise a family. It’s no wonder it’s been ranked as one of the best countries in the world!

The Best Countries In The World 2022 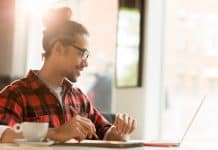