According to Gallup’s research, many countries worldwide accept migrants, but some stand out more than others. In 2020, these countries included Germany, Sweden, and Canada. And European Union has all welcomed migrants with open arms, helping them find a place in society and giving them the support they need to start a new life.

Germany has been one of the most welcoming and Accepting countries for migrants in recent years. In 2015, they accepted over 1 million refugees into the country. This was a huge undertaking, but the German people rallied together to help make sure the refugees had everything they needed.

The government also provided support, including housing and food assistance. Sweden has also been very welcoming to migrants. In 2013, they passed a law that allowed migrants to apply for residency regardless of their country of origin.

Here Are The Countries Most Accepting Of Migrants 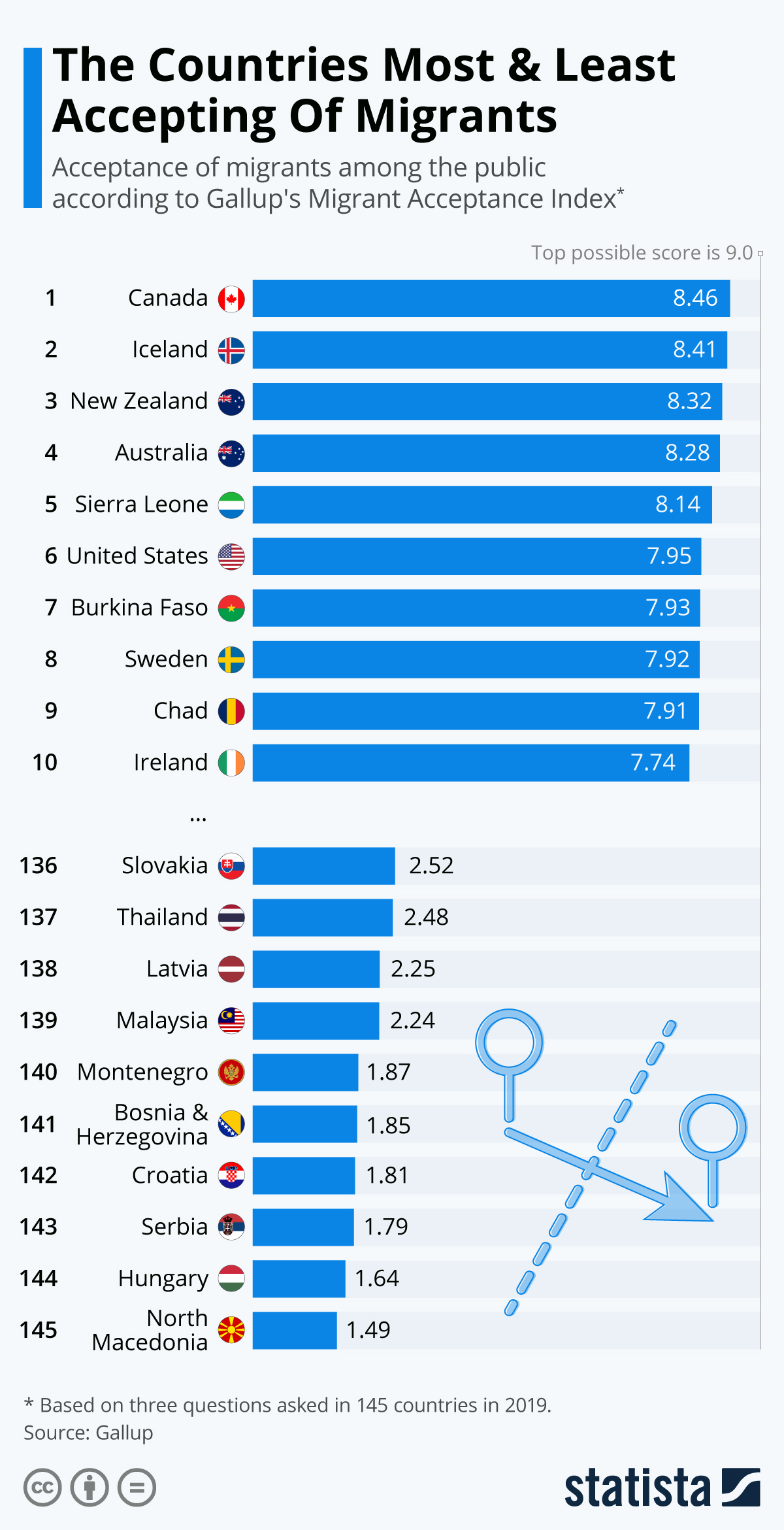 Why is Canada accepting a million Immigrants?

Every year, around the world, people move from their homes to seek a better life. In 2015, there were 244 million international migrants, and that number will only grow in the years to come. So, why are people moving? Mostly because of war, persecution, or famine.

But what about economic opportunities? Many people migrate for those reasons as well. Migration is a huge global issue that doesn’t seem to be going away soon. And while some countries are trying to close their borders, others are opening them up. Canada is one of those countries. Canada is accepting a million immigrants by 2020.

So why is Canada doing this? There are a few reasons. For starters, Canada has an aging population and needs more young people to help keep its economy strong.

International Student What Credits Can I Claim On My Taxes

Is doing onlyFans Worth it ?

Critical Global Issues In The World In 2022

The Biggest University In The World 2022

How Students With Disabilities Can Be Successful In College