Going to college is a serious investment. Over 44 million Americans collectively hold nearly $1.5 trillion in student debt because they know that earning a college degree is crucial to get ahead in the modern economy. Also choosing highest paying college degrees is very important for your lifestyle

There are plenty of other benefits that are earned along the way – academic achievement, unique study abroad experiences and networking opportunities. But if you ask most students why they’re going to college, they’ll tell you to start my journey along a career path that ensures success.

Payscale released the best-paying jobs for college graduates after analyzing starting and mid-career salaries. These jobs can help to propel college graduates along that path for success. So whether you’re declaring your major or entering the workforce, these are the jobs to land.

5 Signs You Have a Good Manager

Should You Get a Job in College?

The Richest Churches In The World 2019 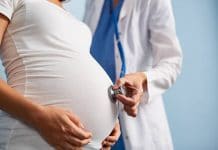 How To Become an OB GYN

How to Start a Business While in College

The Most Stressful Jobs In Canada 2019

6 Social Selling Closing Techniques You Should Know About

How Do I Become a Doctor In Canada