Secret societies have captured the imagination of the public for centuries. Many of these groups are thought to be ancient, mysterious gatherings of powerful men who get together and tip the balance of world power in their favour.

These organizations, which have developed their own rituals and require membership oaths, exist for numerous reasons and have popped up over the centuries. Not just anyone can be a member of these groups. Many restrict admittance based on gender, religion, or occupation. Some seek power for their members, while others are dedicated to charity. Whatever their purpose, these organizations are thought to significantly influence the outside world, largely because of the influential people known to be members.

Here Are The Most Powerful Secret Societies 2020

The Ku Klux Klan was founded by Confederate Army officer Nathan Bedford Forrest and was violently anti-African American, anti-immigrant, and anti-Catholic. After dying out in the 1870s, it was reborn during the Prohibition era and had another resurgence after World War II in its opposition to civil rights. Though its power is greatly diminished, the KKK remains a formidable hate group in the United States.

The Irish poet John Banim wrote a play based on the friendship of ancient Greeks Damon and Pythias, and from that work, the organization began. Members take a vow of the company on a Bible given to Justus H. Rathbone’s founder by his mother. Rathbone believed the principles of the group could help heal the nation’s wounds after the Civil War.

Among the most storied of the secret societies, the Knights of Malta was founded to care for those making the pilgrimage to Jerusalem, regardless of religious faith, and were given the pope’s responsibility to defend Christians going to the Holy Land. The organization numbers more than 13,000 members today and sponsor charitable endeavours in 120 countries.

The Knights of Maccabees were named after the Jews rebelled against the oppressive Seleucid Empire in the second century B.C. The group was originally formed in Canada to help provide low-cost life insurance for members.

More recently, the Knights of Maccabees, mostly active in Michigan, have taken a position against consumerism and emphasized more significant interaction within communities.

The Knights of Columbus, named in honour of the explorer, is the largest Catholic fraternal organization globally, with 1.9 million members on three continents. It was founded on the tenets of charity, unity, and fraternity.

The organization focuses on issues affecting Catholic life. The knights advocated for a tolerance of African Americans and Jews in the early part of the 20th century but have been recently criticized for funding efforts that oppose same-sex relationships and gay civil rights.

Since its founding, freemasonry has been shrouded in mystery and mystique. Its members have been accused of seeking a world order. Those claims have never been founded on any evidence, and freemasons say on their website that “Freemasonry is not and never can be a replacement” for faith, family, and occupation.

The Bohemian Club is a rich and powerful group that meets at the famous Bohemian Grove in late July. The grove is located in northern California, and members stay in tents and cabins and informally discuss the day’s issues. Because of the many influential people who meet there, it’s rumoured that the retreat is where the elite decide the direction of the U.S. However, it is likely just a place to relax and drink.

The Bilderberg Group was formed to create a dialogue among political leaders, academics, and industry executives. Its explicit purpose is to ensure cooperation and harmonious relationships between North America and Europe. Participants in the meetings are free to use information gleaned from the event, but speakers’ and participants’ identities remain secret.

The Ancient Order of United Workmen was formed as the Industrial Revolution changed the working class’s lives. The fraternal organization was created to provide financial assistance to working people, such as cash for burial services, and resolving differences between labour and its employer.

The AOH is the oldest Irish Catholic fraternal organization in the United States and was established to shield Catholics from bigotry in the U.S. in the 19th century. The organization, whose members include John F. Kennedy, traces its roots to secret societies created in Ireland more than 300 years ago to protect Catholics from British oppression.

The Fastest Growing Religion In The World

How To Reduce Stress In College 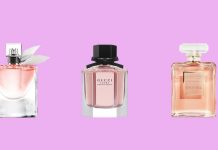 The Best Christmas Gift For Her 2020

How To Increase Your Credit Score

Investing as a College Student With Discount Broker 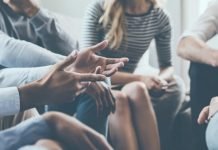 The Most Atheist Countries 2020