College Grading is so complex and confusing, after talking with few university professors, based on their responses here are Things You Didn’t Know About College Grading

You might think that your grader will spend half an hour to an hour grading each student’s piece of work. Not so. Unfortunately, given that an instructor might have a stack of 30, 40, or even 70 papers or tests to grade, he or she has only about 10 minutes to devote to each piece of graded work. This is why you should make your claims clearly and forcefully, avoid any irrelevant or unnecessary material, and take the trouble to really explain your points.

2. The grading is often outsourced.

In large classes at large colleges, the professor giving the lecture is rarely the one who does the college grading. Instead, there is usually a cadre of low-paid grad students who do the grading.

You might know the grad student as the TA running your discussion section. But your grader might also be an unseen and unnamed person who has been hired only to grade the written work, with no other duties in the course. Some professors actively manage the grad student or grader, going over sample papers and setting a grading scale. But other professors are happy to delegate the whole job to the underlying and never set eyes on student work.

3. It’s not as subjective as you think.

While it’s easy to see how grades are assigned on “objective” tests (like multiple-choice or short-answer tests), it’s tempting to think that the college grading of essays or papers is just a matter of opinion. But if you were to actually read a set of 50 essays on the same topic, you and anyone who knew the material could see right away that there is a wide range of levels of quality in the answers.

For professors who have been teaching the material, it’s extremely easy to distinguish the essays from students who show an excellent understanding of the issue from those who sort of get the point and those who have no idea what they’re talking about and to assign the grades accordingly. Sure, the professor down the hall might see the same set a bit differently, but it’s not likely that this other prof is going to find the D essay any more illuminating than the one who gave a D in the first place.

At most colleges, despite what you might have heard about grade inflation, professors give about 10 percent to 25 percent A’s in introductory classes and perhaps 30 percent to 50 percent in more advanced courses.

5. Grading usually is not a zero-sum game.

In classes where the college grading is curved, your grade is in fact determined by your position relative to other students in the class. But curves are not used in all that many classes. Most liberal arts students don’t see them that often. So relax—the reason you didn’t get an A is not because your friend stole the last available A. It’s just that the level of your work didn’t merit one.

Since your grader is working fast and trying to make a quick decision about what grade to give, nailing the main point in the very first paragraph creates a feeling of satisfaction in the grader. This sets the essay on the path to an A. Keeping the grader in suspense about when and if you’re ever going to answer the question, or, worse, larding your essay with the bull, very quickly inclines the grader to a C.

Your conclusion is the last thing your grader reads before slapping the grade on at the bottom, so whatever you do, don’t end with excuses or explanations of why you did such a bad job. This only confirms the grader’s judgment that the essay wasn’t really all that hot. Just summing up what you’ve said is OK, but a far better idea is to bring out some new point of even deeper significance or draw an unexpected connection—that’s ending with a bang. And you’ll likely get a bang-up grade.

In college, you are generally graded on the product you produce, not on how hard you worked to produce it. Students have a lot of trouble grasping this, which is why professors regularly hear complaints from students unhappy about getting a bad grade on something they worked “really hard” on. Professors have no trouble dismissing such complaints since they’re not in the effort-assessment business (and couldn’t be, even if they wanted to).

In most courses, the professor has his or her hands full with the regular work and isn’t looking to allow students with bad grades to rewrite their papers for a better grade. They’re also not likely to offer the chance to do extra work for extra credit. So try to do it right from the first.

10. There’s no real court of appeals.

Sure, most colleges have official procedures for disputing a grade, but grades rarely get changed. It usually happens only if there is some serious procedural irregularity (such as incorrectly adding up the points, failing to read a page of the answer, or not following policies on the syllabus or the college rules). Arguments that almost never work include: My friend wrote the same paper but did better than I; another TA grades easier; and the assignment wasn’t fair. If you haven’t gotten the grade you wanted, it’s best just to suck it up, then ask the professor or TA how you can do better next time.

How To Check Your Free Credit Score In Canada

Morning Routines of 10 Extremely Successful People of the Past and... 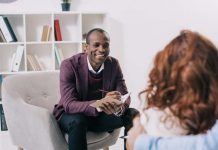 How To Become a Psychologist

ABOUT US
University Magazine is created by a student for students to provide tips on Student Life, Financial, Career, Majors, Ranking, Dating and Important news that will impact students.
Contact us: [email protected]ne.ca
FOLLOW US
© University Magazine 2021
error:
MORE STORIES

Breaking up with your SO before going off to college