It’s devastating what has happened in not only Texas but two other states. In Dallas, Texas, at a Black Lives Matter Protest, five officers were fatally shot, and seven were injured. Two civilians were wounded in the shooting.

It is frustrating because those cops were there to do their duty, protect and serve. There is no reason they should have been killed or even harmed.

Especially during a peaceful protest. The shooter, Michah Johnson, however, was not a part of the Black Lives Matter Protest.

He was upset with what had happened to Philando Castile in Minnesota and Alton Sterling in Louisiana. Both men were shot and killed by police. Both men were carrying guns. May the police who were killed and others wrongfully murdered in this battle for racial equality rest in peace.

The Population of World Forecast by 2050

Why Does the UK Remember, Remember the 5th of November?

The 10 Biggest College Alumni Networks in the U.S.

The Hidden Free Things On Campus

How to Get More Views And Followers on Snapchat

Colleges with the Best Student Life in America 2018

Christmas music is bad for your mental health, according to research 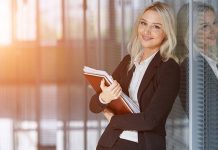 How To Become a Realtor

The Best Cities In Ontario 2021

How To Become a Marine Biologist