Top 10 new year’s resolutions, Happy 2017! As we all vow to do a whole host of things most of us will not follow through on University Magazine brings you the resolutions most often forgotten

1.Lose Weight and Get Fit

It’s one of the most common New Year’s resolutions. After a season of way too many cookies, candies and holiday parties, it’s only natural that a vow to lose weight and get fit would follow. Each January, fitness clubs offer deals and promotions to those who want to make good resolutions.

To those who have been at the gym for the other 11 months of the year, the full classes and treadmill lines make the new year a dreaded time. Luckily for gym rats, research says that 60% of gym memberships go unused, and attendance is usually back to normal by mid-February. Why is that? Simple: people are lazy. – By Kayla Webley

So you want to stop smoking? You should. It yellows your teeth, infiltrates all your clothing, irritates your significant other and charms only those in an ever-dwindling crowd of fellow smokers. So what better time than now?

Good luck. Only an estimated 15% of people who try to quit manage to stay cigarette-free six months later. True, there are many products to help wean you off your nicotine addiction — patches, chewing gum, “e-cigarettes,” and even “snus,” a Scandinavian habit of wedging a tobacco capsule up against one’s gum.

The last two, though, have fallen afoul of the FDA; some say the agency overly frets about the harmful effects of these products, which, after all, can stop people from indulging in far more carcinogenic cigarettes. In any event, smokers, you have your work cut out for you. Think it over during your next cigarette break. – By Ishaan Tharoor

You’ve meant to learn French. You’d love to play the piano. How great would it be to know how to cook really? You’ll read Mastering the Art of French Cooking, and, man, you’ll master it. You can even work on your French at the same time! Resolving to learn something new is exciting: the world is full of fascinating facts, skills, and talents. And the process of discovering them, not just the result, is enjoyable and rewarding.

At least, for a while. Soon you remember there’s a reason you haven’t learned all this yet. French is too hard to pronounce. The piano takes too much practice. Ordering out is just so much easier than cooking. You’ll do it … when you have more time.-  By Alexandra Silver

Everything we consume during the holidays is pretty much awful for us: eggnog, fudge, chips and dip, cheese balls. 2011 will be different. Gone are the days of nachos and chicken wings at happy hour and belt-busting brunches on Sundays. It’s time to eat healthily. We promise to swap eggs and bagels for granola and oatmeal breakfasts; eat lean, protein-rich salads (nonfat dressing on the side, please) and fruit for lunch; cook fish and brown rice for dinner and serve it up with a side of spinach. It all sounds so good and possible on Jan. 2.

The problem is that most people take this resolution too far by forcing themselves onto restricting diets they can’t possibly keep. As the saying goes, try everything in moderation, including moderation. Eat healthily, but allow yourself a treat now and then. Otherwise, it won’t be long before this resolution falls by the weight-side.-  By Kayla Webley

5.Get Out of Debt and Save Money

After a particularly trying financial year (and the always budget-unfriendly month of December), consumers might call for a halt to spending and vow to manage their debt more effectively. With unemployment still high, the sad fact about this 2011 resolution is that many people will have difficulty accomplishing it, and not through any fault of their own. Financial planners advise making specific budget-friendly rules rather than pronouncing overarching and often unattainable goals. Only allow yourself to eat one dinner out a week. Take a sack lunch to work most days. Vow to shop around for a new auto, home insurance and credit cards with lower interest rates and free balance transfers. Can you spare an extra $50 or even $20 a month to put toward paying off your student loans?

If you’re lucky enough to make it out of debt, the goal then becomes tucking some money away for retirement or a rainy day. Look into maxing out your 401(k) at work. And, while flipping through your favourite magazine, repeat the mantra, “I will save money this year, I will save money this year.” But, ooh, look at that new Marc Jacobs bag, and I really could use a Kindle for all those subway commutes. Oh, and what about a new wardrobe for spring? Hmm. Maybe I’ll save money next year.- By Kayla Webley

H. Armstrong Roberts / Getty ImagesEveryone’s busy these days; it’s true. But blood is thicker than water, and the beginning of the year is an ideal time to reconnect with family that you haven’t seen in a while.

Great idea, right? Then February arrives, reality sets in, and you realize that the reason you didn’t see cousin Jim more often is because he isn’t that interesting at all. Or that plan to spend more time with the kids? Well, it turns out that work doesn’t magically disappear with the dawning of a new year, and you’re at the office more than ever. It’s a hard promise to keep — no matter how sincere the desire.- By Gilbert Cruz

A new year and a new world of opportunities to explore — and places, too. Travel of some sort is on almost everyone’s agenda, and some of the first things we tend to think of in a new year are those exotic destinations we’d hope to seek out. Take that road trip to rugged Nova Scotia, ride a hot-air balloon over the strange terrain of Cappadocia, go on your first ocean cruise. Or don’t.

In the aftermath of the Great Recession, budgets are tight, and staycations are in. Besides, not travelling spares all the planning headaches, applying perhaps for a visa (yes, Americans have to do that too sometimes), fretting over getting scammed in some foreign locale and getting someone to tend to your plant’s puppy. There’s a reason why travel and travail sound so similar.-   By Ishaan Tharoor

It’s not a bad idea to resolve to be less stressed. Even without the extra craziness presented by the holidays, it’s easy to get overwhelmed by work and family obligations, to get carried away by an existential crisis or to create a crisis out of wondering whether or not you bought the right colour handbag (worse still: experiencing all crises at once). Less stress can make you healthier and happier, so in the coming year, you’ll light soothing candles and take more bubble baths. You’ll quit searching for more things to worry about and find your zen instead.

Unfortunately, stressing less is likely to be the very first resolution you’ll break. On Jan. 1, your train of thought may very well have gone something like this: Wow, it’s 2011. Yikes, it’s 2011! How did it get to be 2011 already? Where did the past year go? Where have the last 10 years gone? What am I doing with my life? How am I going to manage to go to the gym regularly? I know I said I’d eat healthier, but I really want that bagel. I think I’m going to eat that bagel. But, oh, if I eat that bagel- By Alexandra Silver.

It may be a new year, but there are still old problems in the world. To start on the right foot, you may resolve to lend a helping hand. You can help build a house, care for an animal, distribute food to the hungry, tutor a student. Volunteering could be the resolution that keeps on giving — to yourself and others.

But even the most compassionate among us can fall back on our commitments. Finding time all too often proves harder than finding money, and many would-be volunteers will probably end up writing checks instead. You might want to rephrase this resolution to include the broader “help others.” – By Alexandra Silver.

After the morning of Jan. 1, it’s not surprising you probably wish you drank less. The question is whether that resolve will last for the other 364 days of the year.

Drinking less is undoubtedly right for you: it’s better for your health, your wallet and probably your reputation. Then why do we keep on boozing? Folk more learned than we may point to modern science for definitive answers, but we prefer those Greco-Roman ancients who proclaimed “In vino veritas” — “In wine [and whiskey, vodka, gin, and beer], there is truth.” They said it, not us.- By Ishaan Tharoor 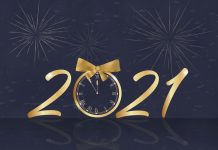 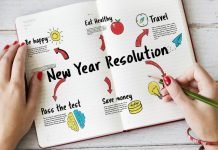 How Students Can Manage Their Credit Scores

Secrets To Online Shopping That Will Save You Money

The 10 Countries Where People Get Paid The Most

How Much Money You Need To Save Each Month To Buy...