Accidental plagiarism is usually the result of being rushed, unorganized, or uninformed about the citation and research process. Whether it’s an accident or an intentional act of plagiarism, the consequences are essentially the same. It can result in a reprimand, failed grade, failed course, or worse. Plagiarism is a form of cheating that can get you into trouble. It’s when you copy someone else’s work and pass it off as your own.

If you’re caught plagiarizing, several things can happen. First, you may be caught and lose points on an assignment or get expelled from school. You may also get a bad reputation in the academic community and find it difficult to get a job or graduate school after college. So before you copy someone else’s work, make sure you understand what plagiarism is and the consequences of getting caught.

The consequences of plagiarism

Plagiarism can have severe consequences in any setting, especially in a college setting. A student caught plagiarizing can face anything from a warning to being expelled from school. The reason plagiarism is such a big deal in college is that it not only hurts the person who is caught plagiarizing it also hurts other students.

While the consequences of plagiarism can be severe, there are ways to avoid it.

When a student copies someone else’s work and turns it in as their own, they are taking away an opportunity from someone else who may have worked hard on their paper. They are also cheating themselves out of an education. While the consequences of plagiarism can be severe, there are ways to avoid it.

Consequences of plagiarism for students

Plagiarism in colleges is a form of cheating that involves taking someone else’s work or ideas and passing them off as your own. It can be intentional or accidental, but it can have severe consequences for students either way. Cheating can lead to a loss of points, a lower grade, and even expulsion from school. In addition, cheating can damage students’ reputations and prevent them from getting into college or landing a good job. So if you’re thinking about cheating, think again – the consequences could be devastating.

Plagiarism is taking someone else’s work and passing it off as your own. It can be intentional or accidental, but it’s a form of cheating either way. In college, plagiarism can get you expelled, so it’s important to know what constitutes plagiarism and how to avoid it.

One common type of accidental plagiarism is when you copy and paste text from a website or other source without properly citing it. This can quickly happen when working on a research paper or writing assignment.

To avoid this, always use quotation marks to cite any text you borrow and include the appropriate information in your bibliography. Another common form of accidental plagiarism is when you paraphrase someone else’s work without giving them credit.

When a student plagiarizes in college, it is generally not an accident. Most cases of plagiarism are deliberate, and the student knows what they are doing and copying and pasting. However, there are a few reasons why students might choose to plagiarize.

They might be lazy and not want to do the work or think it is not important to give credit to the original author. Some students might also believe that they can get away with plagiarism because teachers won’t catch it. Whatever the reason, deliberate plagiarism is a severe offence and can lead to punishment from the school or even legal action.

Consequences of plagiarism for researchers

When a researcher commits plagiarism, they violate one of the most fundamental principles of academic research: giving credit where it is due. This can have several severe consequences, both for the individual researcher and the field of research.

For the individual researcher, plagiarism can lead to loss of credibility and reputation, expulsion from school or loss of job, and even criminal prosecution. In addition, the researcher’s work may be retracted, and they may be subject to disciplinary action by their institution or professional organization.

For the field of research, plagiarism can lead to a decrease in the quality and integrity of academic research. In addition, this can undermine public trust in academia and make it more challenging to conduct legitimate research. For example, Chinese researchers attempted to publish a plagiarized article in the Journal of Korean Medical Science. As a result, the researchers were banned from submitting to the journal for five years when they were caught.

Consequences of plagiarism for other professionals

While the definition of plagiarism may vary from one field to another, the basic idea is always the same: taking someone else’s work and presenting it as your own. This can be done intentionally or unintentionally, but it’s considered a severe offence.

In some cases, plagiarizing may be accidental. For example, maybe you misunderstood the instructions for an assignment, or perhaps you accidentally copied something from the internet without realizing it was copyrighted. In these cases, you may be able to avoid punishment if you can prove that you made a mistake and took steps to correct it.

Example of plagiarism by a U.S. Senator

In August 2014, it was revealed that U.S. Senator John Walsh of Montana had plagiarized significant portions of his thesis for a master’s degree from the United States Army War College. Walsh had been appointed to the Senate in February 2013, after the death of incumbent senator Max Baucus. In light of the plagiarism revelations, Walsh withdrew from his re-election bid in August 2014.

While the academic community condemned Walsh’s actions, some argued that the senator’s plagiarism was not technically cheating. He had received permission to use some of the material from his sources. Others noted that Walsh’s plagiarism was symptomatic of a more significant problem in American politics. Politicians often rely on pre-packaged speeches and talking points rather than developing their positions.

Plagiarism is a form of cheating that involves using someone else’s work without giving credit to the original author. It can be done intentionally or unintentionally, but it’s considered a severe offence in the academic world. Students caught plagiarizing can face penalties such as being banned from campus, having their grades reduced, and even being expelled from school.

The legal consequences of plagiarism can be just as severe. For example, if you’re caught plagiarizing someone else’s work in a professional setting, you could be sued for copyright infringement and face heavy fines or even jail time. So if you’re thinking about cheating, remember that there are severe consequences for getting caught.

With technology at our fingertips, it is easier than ever to plagiarize someone’s work and pass it off as our own in the digital age. Copyright infringement for plagiarism is a severe crime and can result in steep fines and even jail time. Unfortunately, however, many people still choose to take the easy way out and copy someone else’s work instead of spending the time to come up with their ideas.

Plagiarism is not only a crime against the person whose work has been stolen but also against the academic community as a whole. When someone plagiarizes, they are cheating their classmates and teachers and are taking credit for someone else’s hard work. Plagiarism also undermines the credibility of all students, making it harder for those who do deserve good grades to earn them.

Most people don’t intentionally plagiarize, but it can be easy to do if you’re not careful. Here are some tips to help you avoid plagiarizing:

With the internet at our fingertips, it’s easy to copy and paste the text into a document or presentation. But when you’re submitting work for a class, it’s essential to make sure that all of your information is original. That’s where plagiarism checkers come in. There are several different plagiarism checkers available, both free and paid.

Some of the most popular plagiarism checkers are Turnitin, PlagScan, and Copyscape. These services allow you to submit your work for review and give you a percentage of how much of your work is original. They will also highlight any areas that may have been copied from other sources. 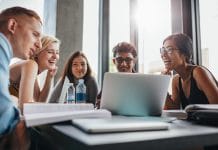