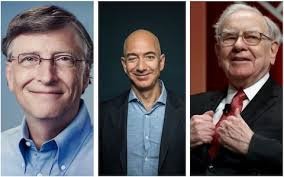 America’s wealthiest have made their fortunes in a wide variety of ways, but there is one thing many of these tycoons have in common: 80% of billionaires picked up a Bachelor’s degree at some point in their lives.

Today’s chart visualizes data from Adview to show the educational paths and early working years of billionaires on the elite Forbes 400 list, a ranking of the 400 wealthiest people in the United States.

IN A LEAGUE OF ITS OWN

Unsurprisingly, many U.S. billionaires got their start at Ivy League schools. Seven out of the top 10 billionaire-producing universities bear that prestigious designation.

Here’s the full count of billionaire graduates from the top 10 universities:

WHAT ARE THE MOST POPULAR DEGREES?

Degrees in the fields of economics, finance, and business are obvious springboards into the Forbes 400 list, but it’s interesting to see that many went the arts and social sciences route. Politics, history, English, psychology, and philosophy are also among the ten most popular fields studied.

It’s worth noting that degree classification can vary depending on the university and course in question. For example, a degree in mathematics could be considered a Bachelor of Sciences, or, Bachelor of Arts. Similarly, a Bachelor of Economics, or, a Bachelor of Social Sciences could be awarded to somebody who studied the subject of economics.

THE POWER OF UPENN

While Harvard and Yale are highly coveted educational institutions, it’s the University of Pennsylvania that provides the most fertile breeding ground for billionaires. Here are some notable – and notorious – alumni, including those who attended its prestigious Wharton School:


*In their sophomore years, Warren Buffett transferred out to the University of Nebraska, while Donald Trump transferred in from Fordham University.

WHAT ARE THE MOST COMMON FIRST JOBS?

Many billionaires started out as self-employed, or followed in their family’s footsteps:

However, these individuals were excluded from Adview’s analysis. Out of the remaining 330 billionaires, salesperson tops the list of first jobs, narrowly edging out the military category.

While there are many possible paths to financial success in the U.S., only a minority of Americans are likely to reach billionaire status in their lifetimes. That said, studying economics at Wharton certainly wouldn’t hurt their chances.

In Demand Career For Canadians

The Best Credit Cards In Canada for 2019

A Guide to Create Budget for Students 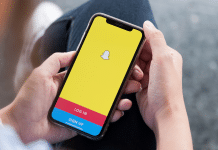 How to Get More Views And Followers on Snapchat

5 Foods to Boost Your Mood 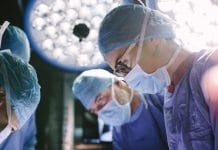 Who Is Eligible For Canada’s Student Loan Forgiveness