It makes us less efficient and more prone to errors, according to studies.
Some days, as you drink your morning coffee, check your email, and listen to a conference call, you feel like a master multitasker.

But did you realize that multitasking isn’t actually doable for most individuals in most situations?

According to neuropsychologist Cynthia Kubu, Ph.D., we’re hardwired to be Multitasker, which means our brains can only focus on one task at a time. “Most of the time, when we think we’re multitasking, we’re actually completing individual acts in fast succession or task-switching,” she explains.

According to one study, only 2.5 percent of adults can efficiently multitask. So for the rest of us, attempting to handle multiple tasks at once isn’t realistically possible.

Multitasking can hinder your performance

.We become less efficient and prone to make mistakes when our brain continuously switches gears to bounce back and forth between tasks – especially when those tasks are complicated and require our active attention.

When we’re doing easy and ordinary things like walking while listening to music or folding laundry while watching TV, this may not be as obvious or impactful. However, when the stakes are higher and more difficult, attempting to multitask can negatively influence our lives and even be dangerous.

Our attention is divided when we do so-called multitasking. It makes it more difficult for us to focus entirely on one item. Attempting to accomplish additional tasks during a driving simulation, for example, resulted in lower driving performance in tests.

Other research suggests that those who routinely “media multitask” (such as listening to music while checking email or scrolling through social media while watching a movie) are more distracted and less able to focus their attention even when they’re only doing one thing. It can also hinder our ability to learn because we need to focus on learning.

“The more we multitask, the less we actually accomplish,” Dr. Kubu explains, “because we gradually lose our ability to focus sufficiently to learn.” “We don’t practise tuning out the rest of the world to engage in deeper processing and learning if we’re continuously attempting to multitask.” According to one study, college students who attempted to multitask took longer to complete their schoolwork and had worse average grades as a result.

Another drawback is that attempting to do too much at once makes it difficult to be mindful and fully present in the moment, which has a slew of mental and physical benefits. Indeed, many mindfulness-based therapies can benefit individuals suffering from depression, anxiety, chronic pain, and other ailments.

Choose to tackle one task at a time.

Many facets of our lives, including the job, might benefit from focusing on one activity at a time. Take, for example, surgeons. “Many people believe that a surgeon’s skill lies primarily on his or her hands’ precision and steadiness. While there is some truth to this, Dr. Kubu explains that the actual gift is the capacity to focus solely on one individual and execute a sequence of tasks over the course of many hours.

Surgeons, on the other hand, aren’t necessarily born with the ability to multitask. Rather, they rehearse and improve it for hours on end. So you can do it, too.

“You don’t have to be a surgeon to gain from releasing the pressure to multitask,” adds Dr. Kubu. “Whether we’re on a long road trip, planning an event, or reading a book, we function best when we focus on one item at a time. So I strongly advise you to give it a shot.” 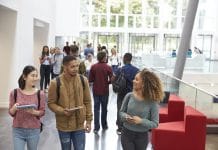 Key Tips For Living By Yourself When Going To University 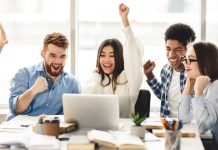 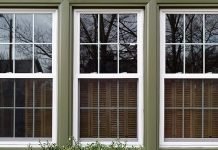 How To Replace Windows On a Budget

How to Boost Your Essay Grades Last Minute

How To Become a Pharmacist In Canada

Top Schools For Engineering In Canada 2018 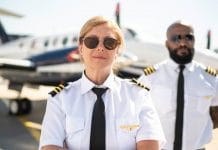 How To Become a Pilot

6 TIPS FOR HOW TO SHAVE YOUR BIKINI LINE

How to study Smart in less time

How to start pursuing your dream job this Summer