According to the United Nations World Tourism Organization, international tourist arrivals surpassed 1.4 billion in 2018, and that number expected to increases each year.

Some cities prepare for takeoff by investing big in better transportation connections or new technology for slow security. Airports today shift from bland transportation terminals into destinations people actually might want to spend some time.

Here Are The World’s Busiest Airport 2019

To experience the local joie de vivre without much time, head to Terminal 2 for the Instant Paris transit area. A multilingual reading salon offers coffee in cushy armchairs. Then take an immersive, 3-d walk through the French capital to peer through a virtual window to admire the Eiffel Tower in real time.

Shanghai’s airport lacks noteworthy options to pass time–just normal food courts, duty-free shops, and costly lounges. Even without time for sightseeing, take the Maglev (magnetic-levitation train) simply to feel whiplash while reaching speeds of 267 miles per hour. The trip to the city periphery takes less than eight minutes each way.

Play nine holes of golf centered around an island lake in Terminal 2. Catch an IMAX movie with special 4D effects like fish swimming off the screen or falling snow (Terminal 2), go on a scavenger hunt for the optical illusion artworks hiding around Terminal 1, or head to the Aviation Discovery Centre to learn about the life of a commercial pilot in a cockpit and flight simulator. Hong Kong airport is an unexpected destination in and of itself.

Get cultured at the Terminal 5 Expo Fine Art Gallery, which aims to provide a “contemplative space” amidst the bustle of the busy transport hub. The gallery also collaborates with the Sofitel London Heathrow hotel on its ever-evolving sculpture exhibition program. Then stay for high tea at the Sofitel, complete with scones and clotted cream (Terminal 5).

Downward dog to rejuvenate after a long flight in O’Hare’s naturally-lit yoga studio (Terminal 3 Rotunda) with sustainably-sourced bamboo floors and TVs for optional guidance through poses. Nearby, plants stretch through 26 towers in the world’s first aeroponic garden in an airport, supplying fresh produce like purple basil, Habanero peppers, and bibb lettuce to restaurants in the same terminal.

Super-fresh fish may break airport dining norms, but some travelers go out of the way to stopover for such a meal at low-key, old-Tokyo style Sushi Kyotatsu (Terminal 1, 3rd Floor). If raw is not your thing, the airport offers all of the best hits of Japanese cuisine from ramen to udon, plus sake to wash it down.

Kids can burn off energy at the play area in the Great Hall dubbed “LAX Beach,” where foam waves, surfboards, and dolphins are ready to be climbed. Grab sandwiches by Michael Voltaggio from Ink Sack (Great Hall) like the pork shoulder banh mi or the “Spanish Godfather” for an impromptu family picnic.

Bigger is always better in Dubai, home to one of the world’s largest airport retail spaces. Everything from tacky camel figurines to boxes of local dates or Rolex watches and other luxury indulgences are all tax-free. Pre-order bars in 18, 22, or 24 carats for the perfect souvenir from the “City of Gold.”

Stay: Stroll through the miniature imperial garden (T3E waiting area) with pavilions and bridges imitating those of the Summer Palace. Feed the fish as you find much-needed zen between flights–free fish food is provided–plus the gardens host daily performances of singing, dancing, or magic tricks (T3E fountain).

Collecting treasures for the past 40 years, the Atlanta airport transformed into the unlikely home of the city’s largest art exhibition, with diverse works such as the mixed media “Saints” mural by local Radcliffe Bailey (Terminal E) or the 450-foot-long installation (between concourses A and B) by Chicago artist Steve Waldeck, “Flight Paths,” the largest public art project in the city’s history.

The 10 Most Educated Countries In the World 2018 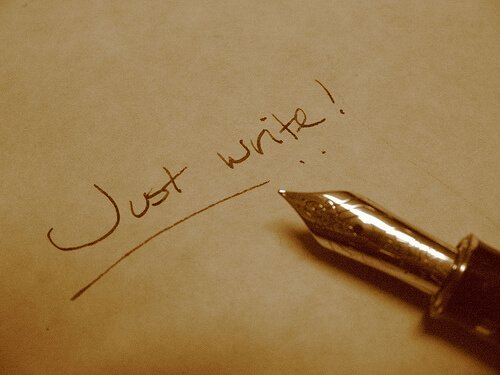 The Best Places to Visit In Europe 2020