Moving to a town with a cheap cost of living makes sense if you’re seeking to get ahead financially. However, relocating might not be such a good idea if the typical income in that town is so low that you’re paying half your pay to cover rent and utilities.

According to Numbeo, a prominent cost of living calculator, there are still a few towns in Canada where you can live comfortably for less while earning more. Here are Canadian Towns With a Low Cost of Living 2021 and High Paying Jobs.

Duncan, Canada’s smallest city by area, is located on Vancouver Island, halfway between Victoria and Nanaimo. For a one-bedroom apartment in the city centre, you can expect to pay $875 a month on average, plus $116.95 for utilities. The average monthly wage is $4,125, and the economy is mainly reliant on tourism.

Bowmanville, which is around 76 kilometres from Toronto, is a fantastic choice if you want to work in a major city yet live in a smaller town. On average, a one-bedroom apartment in the city centre costs around $1,100 per month, plus $224.39 for basic utilities. You can also choose to work here, such as at Ontario Power Generation’s new headquarters. After taxes, the average wage in Bowmanville is $4,833.33.

Chatham-Kent, roughly 115 kilometres southwest of London, is the largest municipality in southwestern Ontario. In the city centre, the average monthly rent for a one-bedroom apartment is $880. On average, basic utilities will cost an extra $165.83. The automotive, energy and retail industries are the largest employers in Chatham-Kent, with an average monthly wage of $4,560.

Although Calgary is one of the top destinations to visit in July, if you can’t handle the stampedes of the Stampede, you’ll be glad to have your own space in Airdrie. Airdrie, located 30 kilometres north of Calgary, is a bedroom suburb for Alberta’s main metropolis. On average, a one-bedroom apartment in the city centre costs $1,050 a month, plus $206.67 for basic utilities. In Airdrie, the average monthly wage is $5,000.

In British Columbia’s West Kootenay region, Castlegar is located in the Selkirk Mountains, where the Kootenay and Columbia Rivers meet. The typical monthly rent for a one-bedroom apartment is $850, plus $175 for basic utilities in the town centre. In this town, where the economy is built on forestry, mining, and tourism, the average monthly wage is $4,830.

Vanderhoof’s economy is primarily driven by agriculture, forestry, and mining, with tourism steadily making inroads. It is located near the geographical centre of British Columbia. On average, a one-bedroom apartment in the town centre costs $647.50 per month, plus $158.81 for basic utilities, while you make $4,750 per month after taxes.

Pilots have one of the highest-paying careers that don’t need them to sit at a desk, and Moose Jaw is one of the country’s top military pilot training centres. The average monthly rent for a one-bedroom apartment in the city centre is $750, which is significantly less than the Canadian cost of living index average. While the average monthly payment is $4,888.89, basic utilities cost an extra $191.25.

Toronto has some of Canada’s top salaries, but it is also one of the most costly cities to live in. However, if you don’t mind commuting, you may earn Toronto money while living on a considerably lower budget. For example, the average rent for a one-bedroom apartment in Whitby, about 55 kilometres east of Toronto, is $1,166.67, plus $183.33 for basic utilities. The average yearly salary in this city is $5,666.67.

Both St. Catharines and Niagara Falls are about a half-hour drive from Welland. According to the cost of living calculator, the average monthly rent in Canada is $1,270.21, whereas the average monthly payment is $3,232.18. A one-bedroom apartment in Welland’s town centre, on the other hand, costs an average of $725 a month, plus $151.43 for basic utilities. While several of Welland’s manufacturing facilities have closed, the average monthly wage remains at $5,246.33.

On the Sunshine Coast, Gibsons is close enough to Vancouver to allow you to commute without paying Vancouver rentals. A one-bedroom apartment in the town centre costs $1,115.50 per month on average, plus $88.33 for basic utilities. After taxes, the average net monthly pay in this city is $5,789, with many residents choosing professions that can be done from anywhere.

Best Cities to Buy Your First Home in Canada

Athletes who We May Be Seeing For The Last Time In...

The Healthiest Places to Live in America 2018 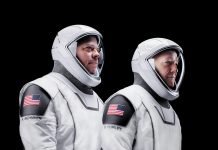 How To Become An Astronaut

10 Companies That Has the Best Pension Plans in Canada

How To Become a Pilot

Tips on Winning Scholarships and Awards