According to recent research by public policy nonprofit Third Way of Department of Education statistics on 2.2 million college students who graduated in 2015 and 2016 and their early career earnings, STEM degrees give some of the highest return on investment for graduates.

Mathematicians examine amount, structure, space, pattern, and change through logical reasoning. They provide approaches and ideas that may be used in a wide range of areas, including physics. The average starting salary is $73,558.

A statistician creates surveys, opinion polls and questionnaires. They then collect and organize the data obtained. The average starting salary is $75,916.

Computer and information research scientists generally conduct the following: investigate computer issues and build ideas and models to solve them. The average starting salary is $78,603.

identify and solve problems in sectors such as business, logistics, healthcare, and other industries are common tasks for operations research. The average starting salary is $80,166.

Electrical and electronics engineers, in general, investigate the feasibility, design, operation, and performance of power systems, electrical machinery, electronic communications, instrumentation, and control systems, as well as the individual equipment and components that make them up. The average starting salary is $80,819.

Software development companies frequently recruit computer scientists. Their responsibilities include developing new hypotheses on technological advancement. Computer scientists utilize technology on the job to solve issues and plan for the future. They also develop apps by writing and programming software. The average starting salary is $85,766

Computer engineers create software and computer hardware technologies to assist businesses in achieving their objectives. They handle everything from conceptualizing a program’s functionality and features to writing code, doing tests and audits, and installing updates and software fixes. The average starting salary is $85,996.

Petroleum engineering is a branch of engineering that deals with the processes involved in producing hydrocarbons, which can be crude oil or natural gas. Physics, mechanical engineering, chemical engineering, and mining engineering have traditionally been the disciplines that have been recruited into the business. The average starting salary is $87,989.

According to a pnas research published in the Proceedings of the National Academy of Sciences, the life expectancy of the two-thirds of Americans without a college diploma is falling, resulting in a widening disparity between those with and without a secondary education.

Major With the Highest Salaries 2021

The Best U.S. Colleges For Students From China 2019 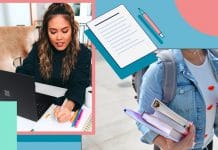 How To Write An Essay

The Richest Family In The World 2018

The least Generous Countries In The World 2018